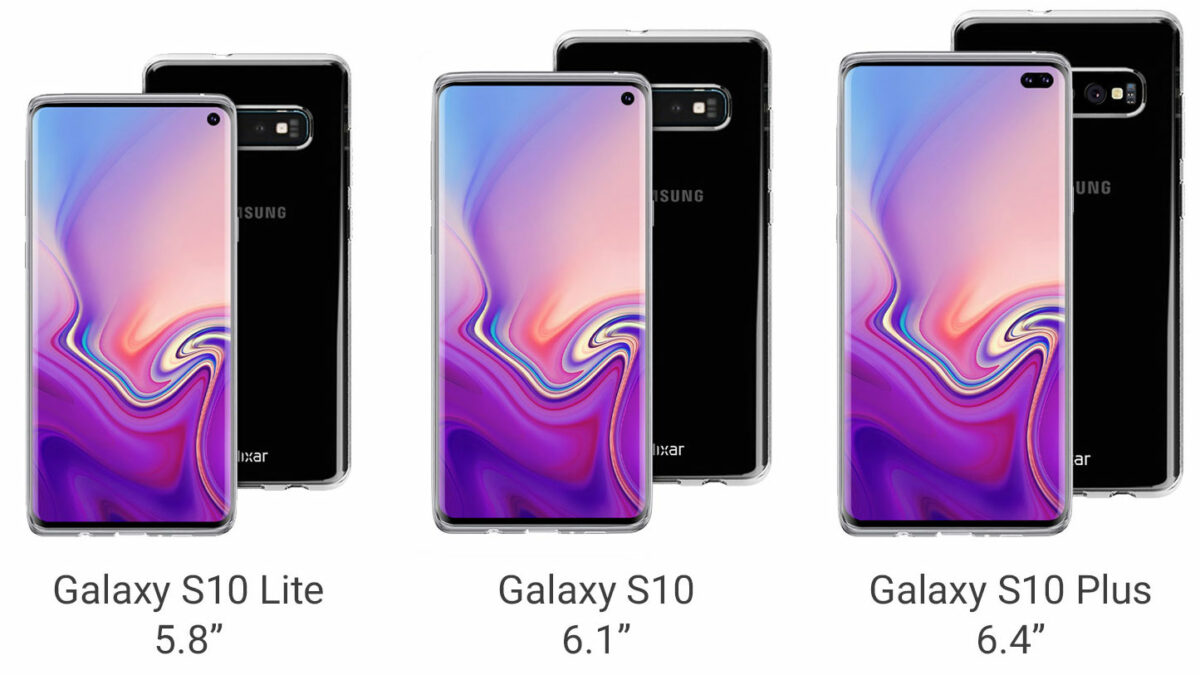 Some fresh Galaxy S10 case renders have come in today. They’re from Olixar, a case manufacturer that often releases renders of its products for upcoming Samsung flagships months before the announcement. That’s what it has done for the entire Galaxy S10 lineup as well.

This initial range of Galaxy S10 cases from Olixar reiterate the 5.8-inch, 6.1-inch and 6.4-inch Infinity-O display sizes for the lineup. Interestingly, it shows three rear cameras on both the Galaxy S10 Lite and Galaxy S10. Earlier reports have suggested that the Galaxy S10 Lite may only have a dual camera. The Galaxy S10+ is already expected to feature a quad camera system. It will also be the only model with a dual front camera.

Those who were worried that the Galaxy S10 may not have a 3.5mm headphone jack would be happy to see it in these renders. Samsung has been toying with a headphone jack-free Galaxy S10 but it may not make the switch just yet. That’s despite the fact that it has already launched the Galaxy A8s with an Infinity-O display and no headphone jack.

The bezels in these renders don’t appear to be as symmetrical as suggested by a leaked Galaxy S10 screen protector today. That’s understandable because these renders often don’t tell the entire story. Olixar has a good track record with them, nonetheless, the ones it released for the Galaxy S9/S9+ accurately depicted the vertical camera setups.

We can expect to see similar renders from other case manufacturers in the coming weeks. The device itself isn’t due to be announced until the Mobile World Congress 2019. It will take place in February next year. 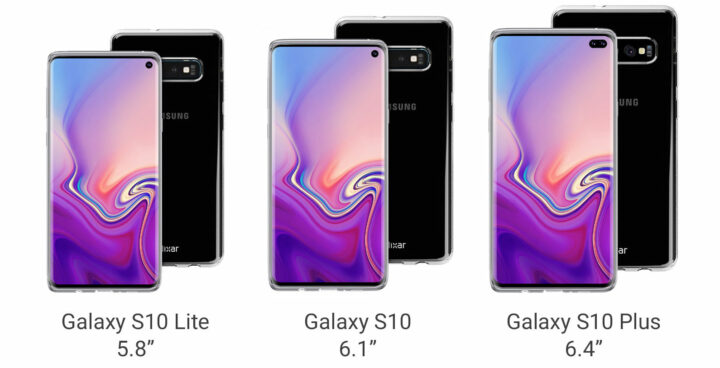