5G Galaxy S10 with Snapdragon 855 seems like a done deal

The 5G Galaxy S10 with Snapdragon 855 was more or less confirmed by Samsung yesterday during Qualcomm’s annual Snapdragon Summit in Hawaii. Qualcomm unveiled its new mobile processor at the event, the Snapdragon 855. It’s a 7nm chip with significant performance and efficiency gains, in addition, to support for “multi-gigabit” speeds on 5G networks.

Qualcomm doesn’t make phones itself so it needs partners willing to put its technology inside their devices. Samsung has stepped up to the plate. Justin Denison, Samsung’s SVP of product marketing and strategy, confirmed yesterday that the company’s 5G phone will be powered by the Qualcomm Snapdragon 855. Denison said that this smartphone will be available in the United States in the first half of 2019.

Samsung did have a prototype of its 5G phone on display at the event. It caught visitors’ eye more for its rather odd corner notch than it’s ability to run on a 5G network. Little can be inferred from this device regarding the Galaxy S10, though. It was powered by Qualcomm’s Snapdragon 855 processor coupled with the company’s Snapdragon X50 5G modem.

It’s understandable why Samsung was present at the event. It does ship its flagship smartphones in select markets with Qualcomm chipsets and the US is one of them. The Galaxy Note 9 you get in the US runs the Snapdragon 845, not Samsung’s Exynos 9810. So it’s highly likely that the device Denison is talking about is the 5G Galaxy S10.

There’s no evidence to suggest that Samsung has a different device with a flagship Qualcomm processor in the pipeline. The reports about Samsung launching a separate 5G variant of the Galaxy S10 may turn out to be true after all. This variant would only be offered in select markets where 5G networks go live in 2019. Samsung also has its own 5G capable Exynos 5100 modem which it may use for the Exynos 9820-powered 5G Galaxy S10.

Two leading US carriers, Verizon and AT&T, have both confirmed that they will start selling a 5G smartphone from Samsung early next year. Neither Samsung nor its carrier partners have named this device. Nevertheless, it’s hard to deny that what they’re all talking about is anything but the 5G Galaxy S10. 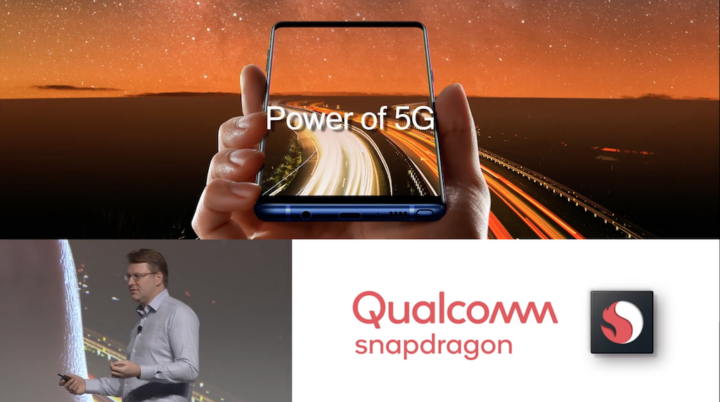