It has been claimed in multiple reports and rumors that the Galaxy Note 9 battery capacity will be 4,000mAh. Couple the larger battery with the fact that Samsung’s Galaxy Note handsets have historically been better optimized and you’re looking at a bonafide productivity powerhouse.

The ANATEL listing doesn’t mention a whole lot of information about the new flagship but does point out that its battery capacity will be 4,000mAh. It’s important to mention here that the Galaxy S9’s battery capacity was correctly mentioned as 3,000mAh in the ANATEL filing we came across earlier this year. The filing confirmed the battery size for Samsung’s new flagship smartphone before it was announced so it can be considered as a reliable source of information for the Galaxy Note 9 as well.

This will certainly be a welcome addition to the Galaxy Note lineup which many customers prefer for getting work done on the move. Anyone who requires utmost productivity out of their handset would tell you just how important it is to have substantial battery life. It looks like the Galaxy Note 9 will be able to deliver in that regard.

Samsung is going to announce the Galaxy Note 9 officially on August 9 in New York. It’s likely going to be released on August 24. 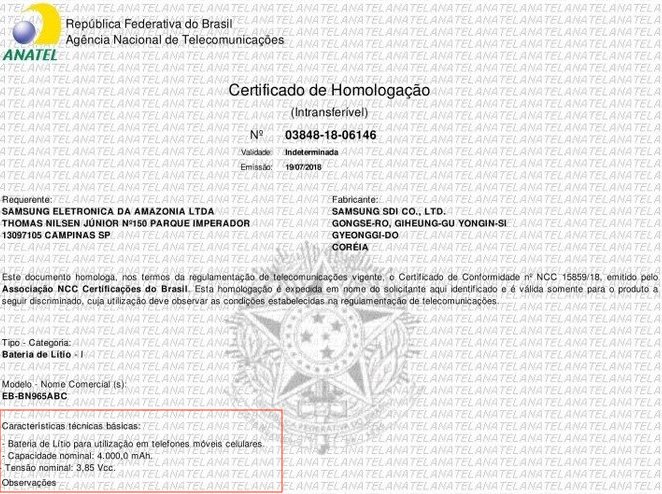