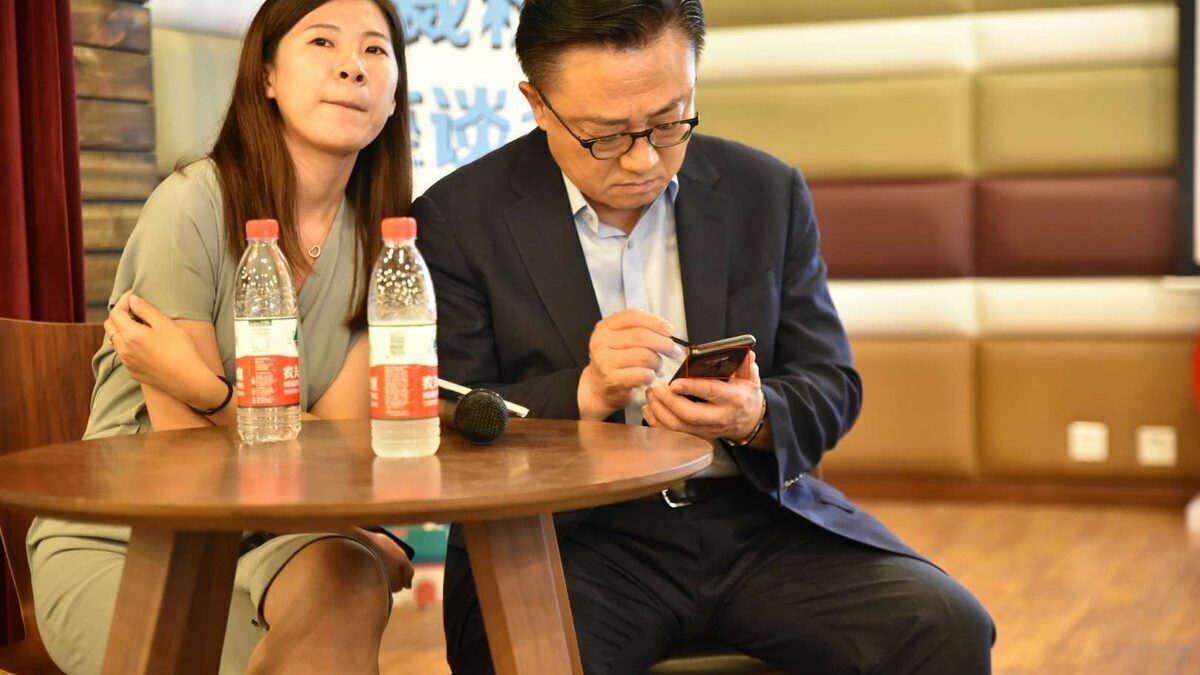 We’ve seen many leaks concerning the Galaxy Note 9 so far and it’s evident that the upcoming device doesn’t look all that different from the Galaxy Note 8. However, the placement of the fingerprint sensor at the back has been changed and that’s one of the ways you’ll be quickly able to differentiate between the two devices.

Since there aren’t any major design differences between the two devices, Samsung mobile division CEO DJ Koh feels pretty confident in using the Galaxy Note 9 in public. He was spotted using the new flagship at a media appearance earlier today.

Samsung CEO with the Galaxy Note 9

The bottom bezel at the front is reportedly going to be slightly thinner than it was on the Galaxy Note 8. Other than that, both devices will look identical. The only noticeable design change will be at the back where the dual camera system gets a new housing. The fingerprint sensor won’t be located alongside the camera sensors but below it.

He’s doing something on his device with the S Pen but his hand covers most of it so it’s difficult to see what design changes have been made to the new stylus. An earlier leak revealed the Galaxy Note 9’s S Pen in all its glory. The new S Pen will have Bluetooth support which will enable it to perform a whole host of new features.

The Galaxy Note 9 will be announced on August 9 in New York City. Samsung is expected to release it on August 24. 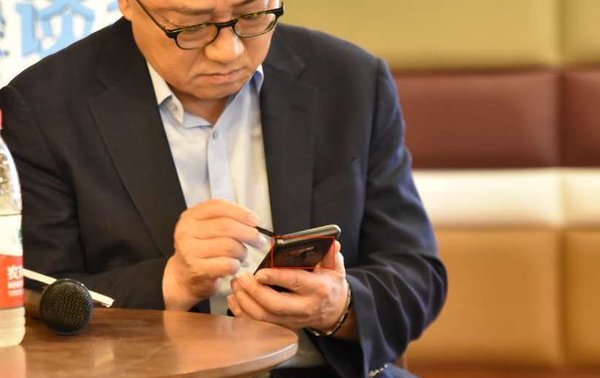