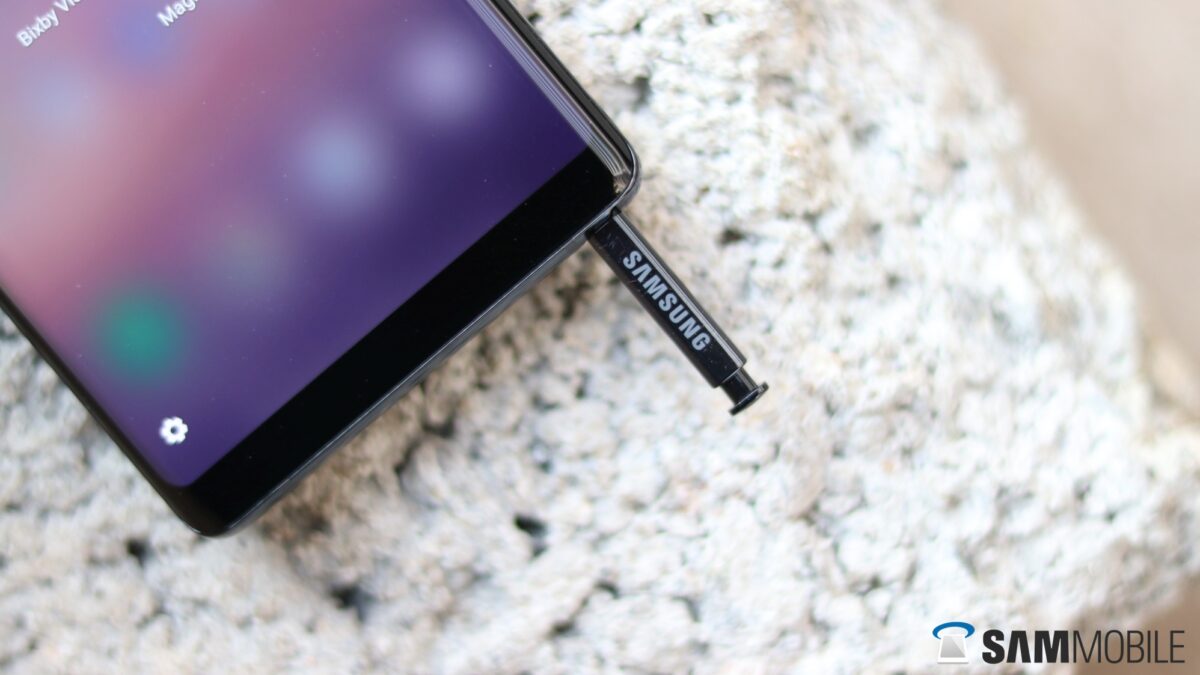 We have seen multiple reports over the past couple of weeks about the Galaxy Note 9 S Pen features, one even suggested that the stylus is going to receive its “biggest update ever” for Samsung’s new flagship smartphone.

There is enough circumstantial evidence to suggest that the S Pen will figure prominently in Samsung’s Galaxy Note 9 announcement. The first Galaxy Note 9 teaser from Samsung particularly focuses on the S Pen which suggests that there might be some truth to these reports after all.

Ice Universe, the China-based source who leaks stuff on social media, has made some claims today regarding the Galaxy Note 9 S Pen features. It’s pertinent to mention here that this source has been right on multiple occasions in the past.

A crude machine translation of his Weibo post reveals that the Galaxy Note 9 S Pen will essentially be a portable Bluetooth controller. Since it would have Bluetooth support, the S Pen button could ostensibly be used for triggering a long-range remote self-timer and for controlling music playback.

A similar claim was also posted on Twitter by the same source in which it’s said that since the S Pen has Bluetooth support, it will have a feature that one wouldn’t expect from a stylus. It may offer some gameplay features but that’s just speculation at this point in time. There are rumors that the S Pen might even double as a Bluetooth speaker but then that would require a battery to be built into the stylus which would make it thicker.

This isn’t the first time that we’re hearing about Bluetooth support for the S Pen. It’s also mentioned in the early Galaxy Note 9 hands-on that the S Pen supports Bluetooth and brings some new software features.

Samsung has obviously confirmed nothing about this so far and we can’t really expect it to given that we’re just over a month away from the official Galaxy Note 9 announcement on August 9. 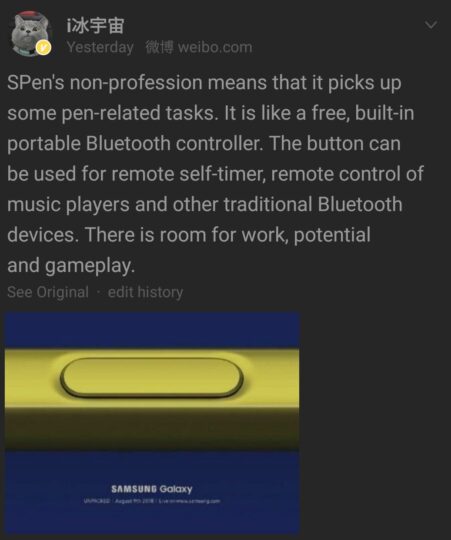 Has Samsung improved the S Pen for the Galaxy S23 Ultra?

After the Galaxy Note’s retirement, Samsung’s Galaxy S22 Ultra was the first S-series smartphone to embrace the iconic S Pen accessory. The new Galaxy S23 Ultra, unveiled at Unpacked 2023, follows in the footsteps of its predecessor and comes with an S Pen embedded in a dedicated holster. But has the technology improved? To give […]