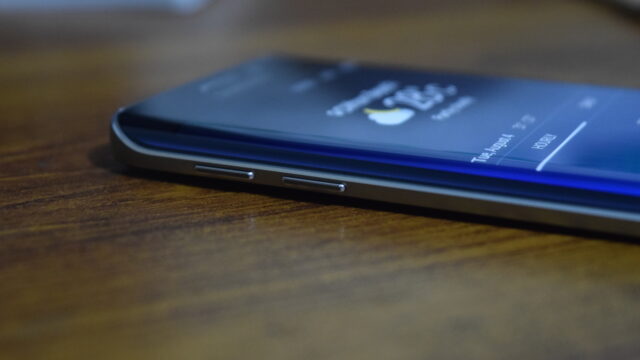 In a market where popular features are cloned by competitors in a matter of months, Samsung’s curved OLED displays are somewhat of a rarity. Officially referred to as ‘Edge’ displays, these panels have become the signature feature of Samsung’s flagship smartphones in the last three years. Due to the cost and technical challenges involved in making these displays, the tech has so far remained exclusive to Galaxy flagships, barring a few niche devices from other brands.

If we are to believe a report from the Korean media outlet The Bell, Oppo may soon launch phones with Samsung’s ‘Edge’ displays. The company is reportedly procuring 6.42-inch flexible OLED panels from Samsung for one of its smartphones which may launch as early as July or August this year. The report states Samsung will start supplying the panels to Oppo by the end of this month.

None of this tech comes cheap for Oppo. These flexible OLED displays apparently cost around $100 per panel, whereas the flat panels cost around $20 a unit. Given the cost and exclusivity associated with these displays, any Oppo phone sporting these panels in the near future will probably be a flagship device with a hefty price tag.

Samsung Display is the largest supplier of mobile OLED panels in the world. Both in quality and scale of supply, it is currently unmatched in the market. Its dominance in this space can be gauged from the fact that it is the sole supplier of the flexible OLED displays used in iPhone X. Considering all this, it is hardly surprising if Oppo goes with Samsung as reported.

What Samsung can learn from OPPO’s foldable phone, and one thing it …