Samsung was the top smartphone vendor in Q1 2018

Gartner has published the smartphone sales numbers for Q1 2018, and they are a mixed bag for Samsung. While the Korean company retained the top spot in the list, it saw a small dip in sales and market share compared to the same period last year. Global smartphone sales grew by 1.3 percent year-on-year, reaching nearly 384 million units in the first quarter of 2018.

Samsung sold 78.56 million smartphones in Q1 2018, down from 78.78 million units in Q1 last year. As a result, Samsung’s market share dipped from 20.8 percent in Q1 2017 to 20.5 percent in Q1 this year. The early launch of the Galaxy S9/S9+ didn’t help Samsung much as the company’s midrange smartphones continued to face fierce competition from Chinese brands. Despite all this, Samsung still emerged as the largest vendor in the quarter, beating Apple by a healthy margin.

Xiaomi emerges as the best performer

The Cupertino giant, however, registered better growth numbers than Samsung with a 4 percent year-on-year increase. iPhone sales in Q1 increased from 51.99 million units last year to 54.06 million devices this year, pushing Apple’s market share from 13.7 percent to 14.1 over the same period. Apple’s growth rate is impressive considering the company sells only premium devices whose Average Selling Price (ASP) is close to three times that of Samsung. 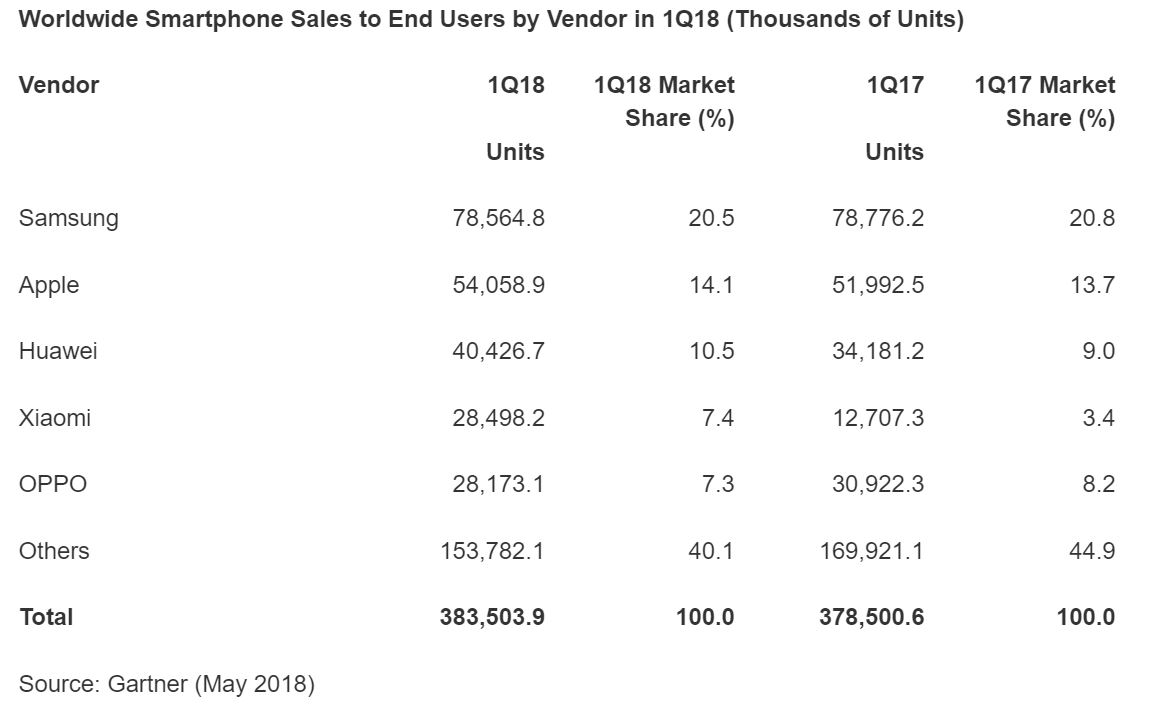