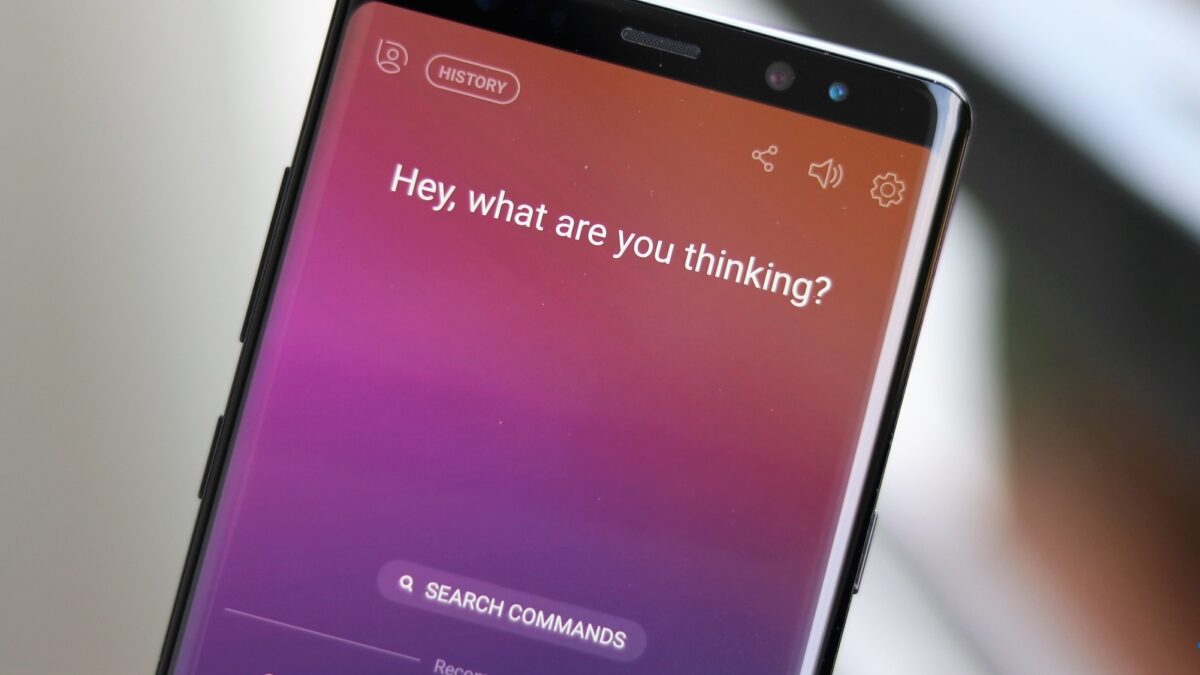 Samsung introduced its artificial intelligence-powered personal digital assistant Bixby earlier this year with the Galaxy S8. Bixby predictably made it to the Galaxy Note 8 as well. Samsung has made no secret of the fact that it’s going to expand the assistant to more devices.

A new trademark registration has been spotted. It suggests that Bixby for Samsung TVs might be launching soon.

Samsung has filed a trademark for the term “Samsung Connected Life with Bixby.” The description given in the filing more or less confirms that Bixby for Samsung TVs is going to be launched soon.

It mentions that Samsung Connected Life with Bixby is “software for television in order to find the desired service and / or contents of television by recognition or user’s voice.”

Bixby on Samsung TVs will likely support both English and Korean languages like it does currently on the flagship handsets. Samsung recently launched support for Chinese in beta so that’s going to be supported as well eventually.

We can expect to find Bixby on many of Samsung’s connected devices in the future. There has also been talk of Samsung developing a Bixby-powered smart speaker.

Given that Samsung unveils new TVs at the annual Consumer Electronics Show, it’s likely that Bixby for Samsung TVs will be announced at CES 2018 in January.

Samsung might have announced new smart TVs at the ongoing CES 2019, but the company isn’t yet jumping i …