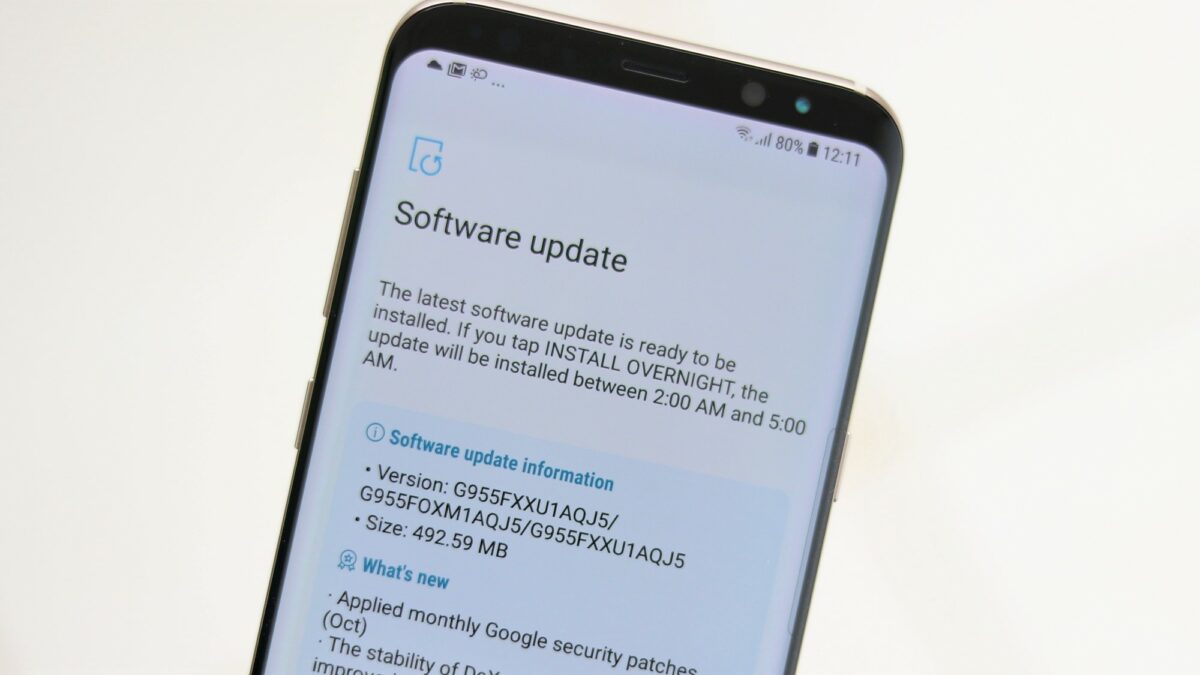 The company recently detailed its November security patch and rolled out the first update today for the Galaxy A5 (2017). One can only imagine when it’s going to be released for the Galaxy S8+ in this market if the October patch is arriving just now.

Once Samsung releases Android 8.0 Oreo, this concern about security patches not arriving on time might fade away. That’s because by then everyone will just be waiting to find out when they’ll get a taste of Oreo.

The update weighs in at 493MB and brings the October 2017 security patch. It also improves the stability of DeX mode and the launcher. The usual slew of performance improvements and bug fixes will also be on board.

The Galaxy S8+ October security patch is now rolling out over-the-air in India. .

Update: The same update is now rolling out to the regular Galaxy S8 in India, as reported by our readers. We have also added a link to the full Indian firmware; download it here for the S8 and here for the S8+.