The Night Mode feature is great for those who browse the web in bed at night. It reduces the amount of bright light from the phone which is good for when users want to wind down before sleeping.

There’s also a new High Contrast mode which makes reading the web more accessible and comfortable. It will show text in white on a dark background so that there’s less light in the user’s eyes with more easily readable text.

Samsung Internet v6.2 is now available for download from our APK page. It’s also live in Galaxy Apps and the Google Play Store. 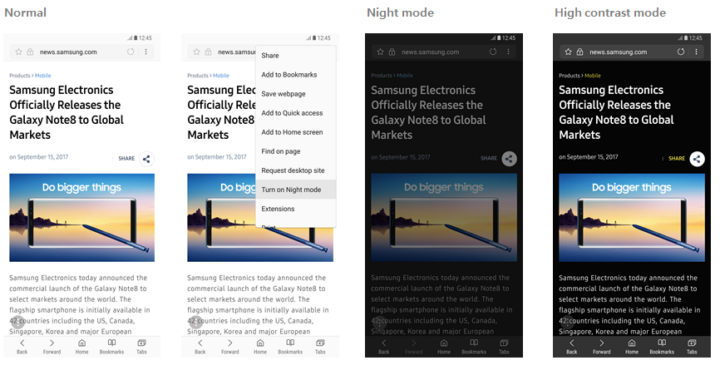