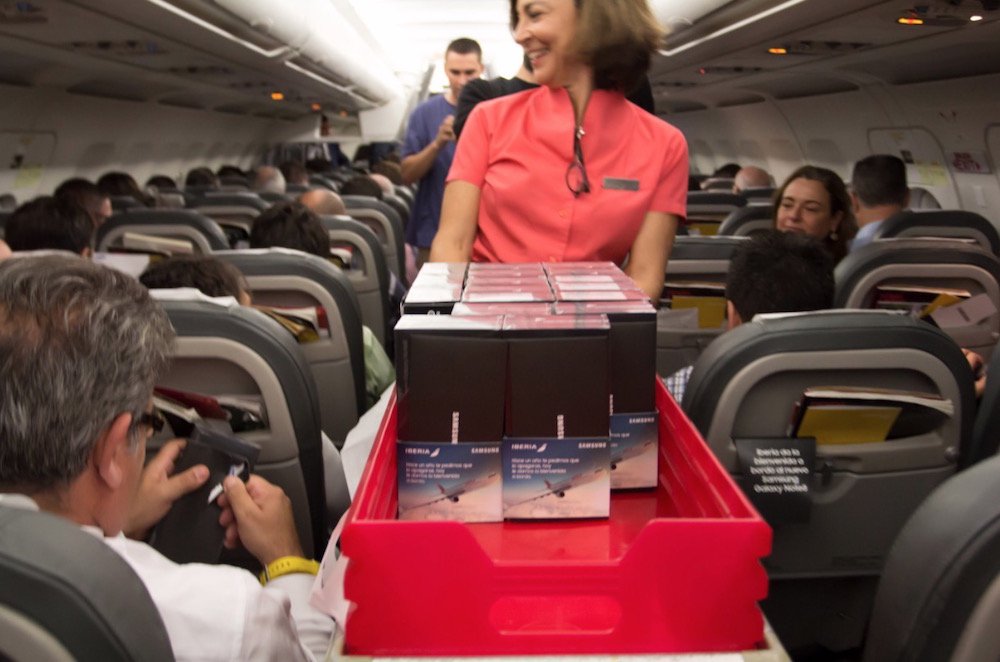 Samsung’s reputation took a hit because of the Galaxy Note 7. The handset’s faulty battery made it a fire risk so it was quickly banned from airplanes. The airlines actually started making announcements that the Galaxy Note 7 was not allowed in the cabin. The company bounced back with the Galaxy Note 8. The great response it has received for the new handset shows that the Note faithful are loyal to this lineup.

Samsung Spain decided to remind people of last year’s unfortunate events and highlight how the Galaxy Note 8 has truly been the light at the end of the proverbial tunnel. It handed out free Galaxy Note 8 units to 200 unsuspecting passengers on a domestic flight in Spain.

Passengers on a late night Iberia flight from Madrid to A Coruña, Galicia were probably not expecting to get a free gift that cost more than their ticket. This surprise move came after Iberia started promoting the Galaxy Note 8.

There were 200 passengers on that flight and all of them were given a free Galaxy Note 8 unit by the crew. The box carried the following text: “A year ago we asked you to turn it off, we welcome you today on board,” according to a translation.

It’s a tongue-in-cheek reminder from Samsung about the disaster that it suffered last year. Some might find it odd that the company is using that to promote its new product. Those passengers won’t mind though. Who doesn’t love a free flagship smartphone?