According to the listing, the handset is powered by Android 7.1.1. Whether or not Samsung launches it with Android 8.0 Oreo when the time comes remains to be seen. No further details have surfaced online but it’s a good bet to assume that the Galaxy A (2018) series will feature fingerprint scanners and water resistance.

Rumors suggest that the Infinity Display will be present as well. It was rumored yesterday that the physical Bixby button might also make its way to the Galaxy A (2018) series. Samsung is expected to unveil the new Galaxy A (2018) early next year. We will likely see more information about this series surface in the weeks to come. 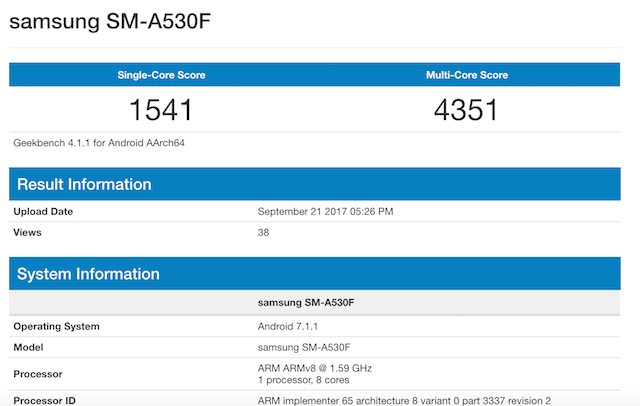