Samsung has made the Galaxy J7+ official. The phone was leaked a couple of months ago, and clearer pictures of the device last week. The Galaxy J7+ is not only the first Galaxy J series smartphone to feature a dual-camera setup, but also the first non-premium smartphone from the company with the feature. The only other Samsung phone to have a dual-camera setup is the recently announced Galaxy Note 8.

The phone comes with connectivity options such as a dual-SIM card slot, 4G LTE, Wi-Fi, Bluetooth, GPS, and a USB Type-C port. The Galaxy J7+ comes packed with a 3,000 mAh non-removable battery. Other features of the phone include a fingerprint sensor, Always-On Display, Face Detection, Secure Folder, Dual Messenger, and Bixby Home.

The smartphone will be offered in Black, Pink, and Silver, and is priced at THB 12,900 (approximately $389) in Thailand. Pre-booking for the Galaxy J7+ has commenced in the country already, and those who pre-book the device will be eligible to receive the $75 worth Samsung U Flex wireless earphones for free. 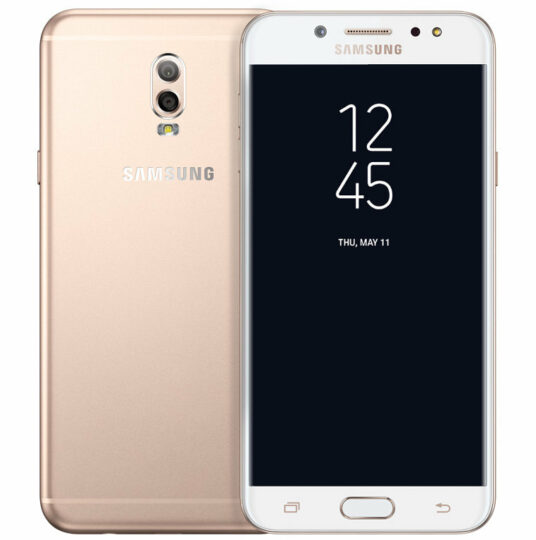 We’ve known that Samsung is working on a dual-camera variant of the Galaxy J7 (2017) for a while, and no …