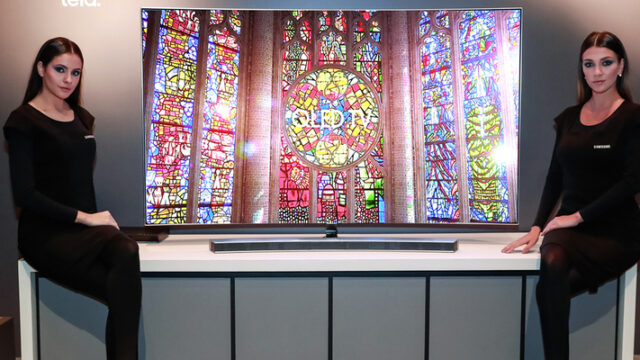 The TV market has been stagnant for quite a while now, and the world’s two largest TV brands LG and Samsung are following different strategies to sell their 4K TVs. While LG is trying to ramp up the sales of its 4K TVs by launching cheaper models, Samsung is planning to launch Tizen software-based ultra-premium QLED TVs. The two companies will showcase their new TV next month right before the start of IFA 2017.

Apart from the Galaxy Note 8, Samsung will also unveil its costliest QLED TV, the 88-inch Q9, which could be priced at KRW 15 million (or about $13,000). This will be Samsung’s costliest TV offering this year. “We are planning to launch an 88-inch QLED TV at the end of August. We are also considering adding new TV models with bigger screens because many consumers are demanding various sizes as the Frame is a frame-type TV,” a Samsung official said.

LG is expected to launch three 4K TVs in its UJ6200 series: 43-inch, 49-inch, and 55-inch. The 43-inch model could be priced below KRW 1 million (about $886), while the 55-inch model could be priced above KRW 1 million. “The UJ6200 is the cheapest among UHD TVs and will hit shelves beginning in August. We will put the product on the market at a price lower than that of the UJ6600, the cheapest model currently selling,” said an official at LG Electronics.

Samsung and LG will try to diversify their 4K product portfolio ahead of the upcoming holiday season. While Samsung will expand its QLED lineup of ultra-high TVs, LG will also introduce high-end OLED TVs. Even Sony launched an OLED TV earlier this year that features HDR capability, Android TV operating system, and a screen that vibrates to double up as a speaker. Samsung’s QLED TVs can go brighter than any other brand’s TVs for better HDR.