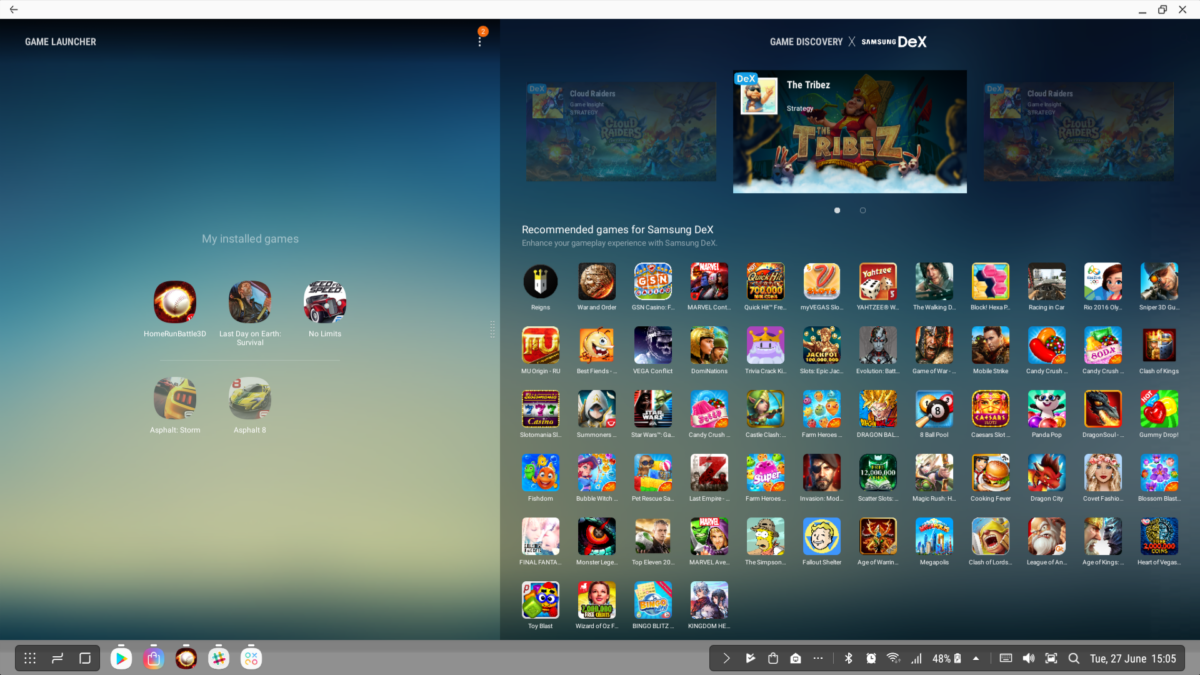 Samsung has issued an update for its Game Launcher application, which transports support for DeX, as well as a plethora of bug fixes and stability improvements. Don’t rush to install it though, as the feature is pretty much useless at this precise moment in time.

Even when you attempt to play a game listed in the “Supported by DeX” section of Game Launcher, most of them open but don’t recognize the keyboard and mouse as input devices, leaving you unable to progress beyond the title screen.

Samsung DeX review: Not the PC replacement you are looking for

There’s a good chance that Samsung prematurely flicked the switch on the update, so we expect it to roll out a separate upgrade to introduce support for peripherals in the not-too-distant future. The games shown as supported by Game Launcher inside DeX aren’t very interesting or well-known options, either, so we will just have to wait and see.