Samsung had announced the Galaxy C7 in June last year. Going by the company’s yearly cycle for releasing new smartphones, it’s almost time for it to unveil the successor to the Galaxy C7. We’ve now spotted Bluetooth certification documents of a new Samsung smartphone that could be launched as the Galaxy C7 (2017).

The SM-C7100, which appears to be the successor to the Galaxy C7 (SM-C7000), was recently certified by the Bluetooth SIG. Two other variants of the smartphone – SM-C7108 and SM-C710F – have received Bluetooth certification as well. All these variants received certifications earlier today. So, it appears that the company is close to the official announcement of the smartphone. 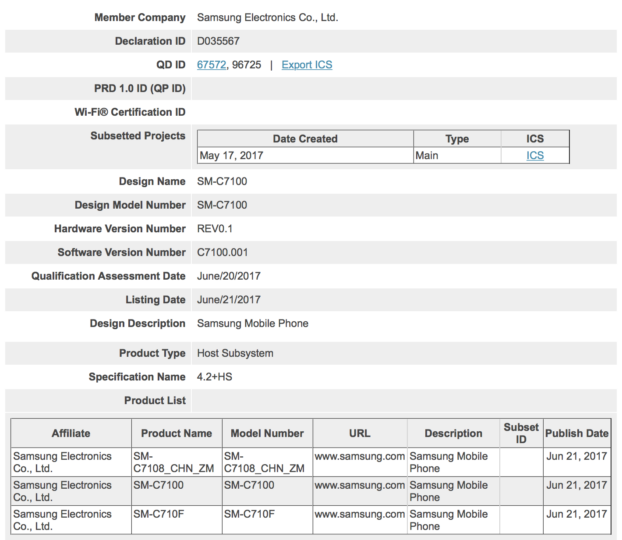 According to relatively reliable Twitter tipster @mmddj_china, Samsung has started testing another smartphone …