Earlier today, the second-generation Galaxy Tab S2 8.0 (SM-T719) was spotted on the official Geekbench online database running a build of Android 7.0; indicating that Samsung is in the final stages of testing the Nougat update for the slate.

We should stress, however, that this is far from confirmation that Android 7.0 will arrive on the Galaxy Tab S2 8.0 in the near future as it’s relatively easy to modify a unit’s model number in order to falsify benchmark results.

As for an exact release date, only time will tell. We’ll let you know as soon as we hear any chatter suggesting that distribution is imminent, though. In the meantime, be sure to check out our list of devices that are expected to receive the Nougat update. 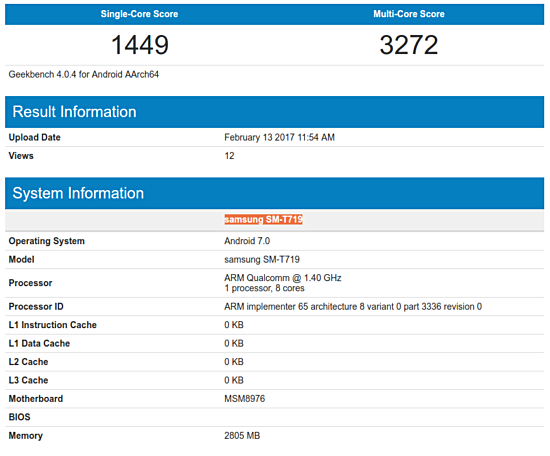