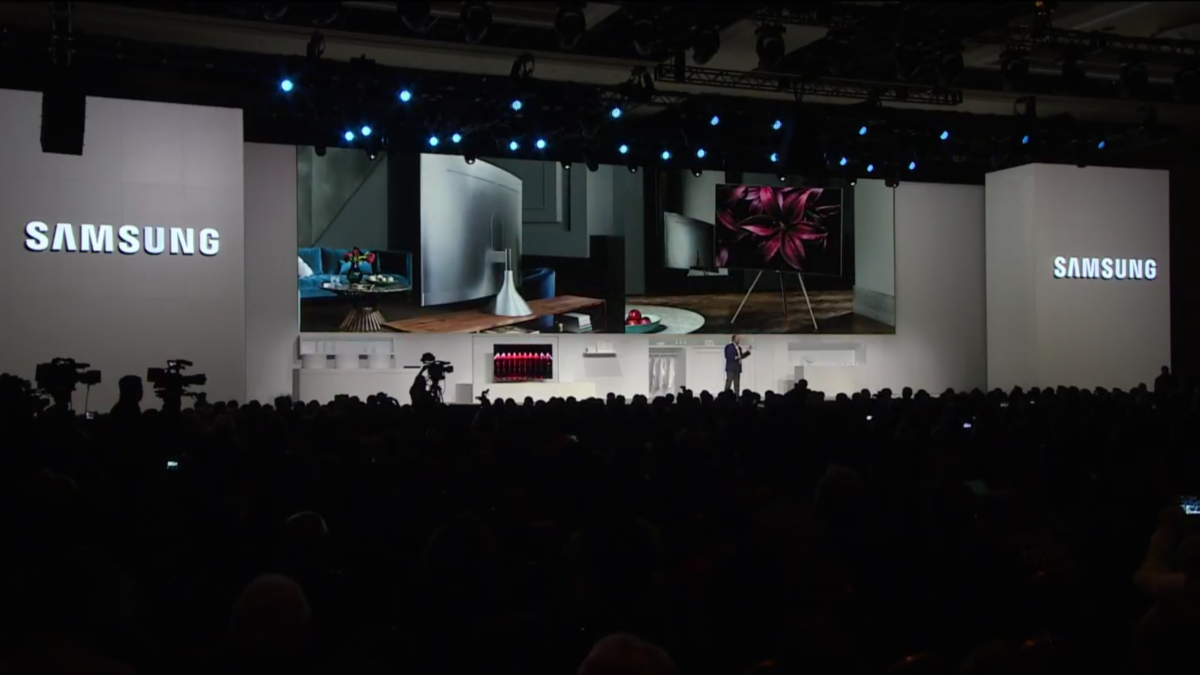 Samsung has been a major player in the Internet of Things (IoT), but the Korean giant introduced new devices today across the board at CES 2017 for both work and play that will enhance the lives of consumers (no matter the task).

First, Samsung unveiled the new QLED TV, a 75-inch monitor that lets you view on-screen content from any angle. Samsung says that it’s perfect for viewing despite your viewing angle or room lighting. QLED, as Samsung says, doesn’t have the risk of burn-in that comes with OLED TVs, and Samsung has made a number of changes to the QLED TV so that color accuracy is better than ever before. Alongside of the QLED TV, Samsung introduced accessories such as the no-gap wall mount and the optional TV stands (Gravity and Studio) to beautify your home while providing the setup you want. Finally, new services such as the Samsung Sports Service and TV PLUS (now expanded to the US market) provide more content at your fingertips.

Additionally, Samsung has brought other innovations to the home such as its FlexWash+FlexDry setup that lets you wash both large loads and small loads simultaneously. Family Hub 2.0 takes Samsung’s own 21.5-inch touchscreen refrigerator and now expands its selection from 4 to 10 for greater choice and customization.

Apart from the home, Samsung’s greatest contributions at CES came in the form of laptops, with the Chromebook Plus, Chromebook Pro, the Notebook 9, and the Notebook Odyssey. The Chromebook Plus and Pro make Chromebook history, being the very first to come with a pen that can be used for drawing, doodling, and writing in addition to providing Play Store access. The Notebook 9 is a 15-inch laptop that is headed to the US market this year and features a discrete GPU for intensive gaming tasks. While the Notebook 9 can be used for gaming, Samsung’s Notebook Odyssey is the company’s first gaming laptop that’s designed for any gaming tasks you throw at it. Coming in at 15 and 17 inches, Samsung says it will provide more details (other than those that can be found at the link below) later this year.

With new TVs, a unique washer and dryer system, alongside of an improved touchscreen refrigerator and new consumer and gamer laptops, Samsung shows that it can make home life and mobile life better.

You can view more details about these devices at the link below.

Samsung applied for QLED TV trademarks last year which suggested that the company would soon launch new TVs that will use QLED technology. That’s precisely what it has done today. Samsung has showcased its advancement in home entertainment technology by unveiling the new QLED TV series. The new QLED TV series – Q9, Q8, and […]