Samsung has released five versions of the Android 7.0 beta firmware for the Galaxy S7 and Galaxy S7 edge, and it looks like the company could soon be wrapping testing. The fifth Nougat beta could be the last, according to a post on Weibo that was shared by a tester on Samsung’s beta community (found in the Galaxy Members app).

Does this mean the final version of Nougat could be rolling out soon? Not necessarily, as integration of the software on a device is followed by the certification stage, so we could still be a few weeks away from the official rollout of the update. Of course, it isn’t even confirmed if Samsung has finished testing, although at this point the company really should be hurrying things up and attempting to bring the latest version of Android to its customers at the earliest.

Nougat is shaping up to be one of the biggest updates for Samsung devices, and if you haven’t already, do check out our What’s New With Nougat series to find out what it brings to the Galaxy S7 and Galaxy S7 edge. 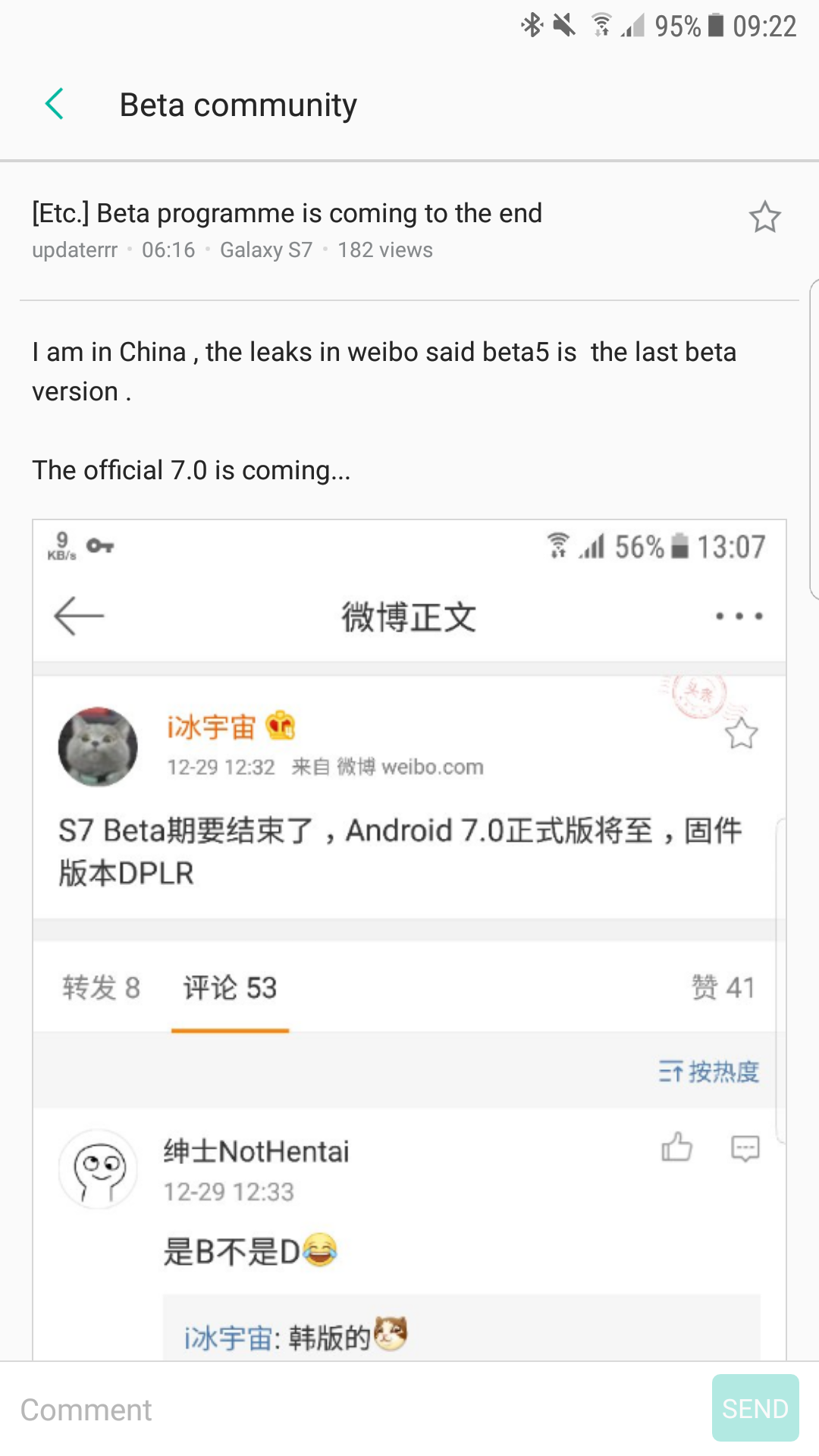