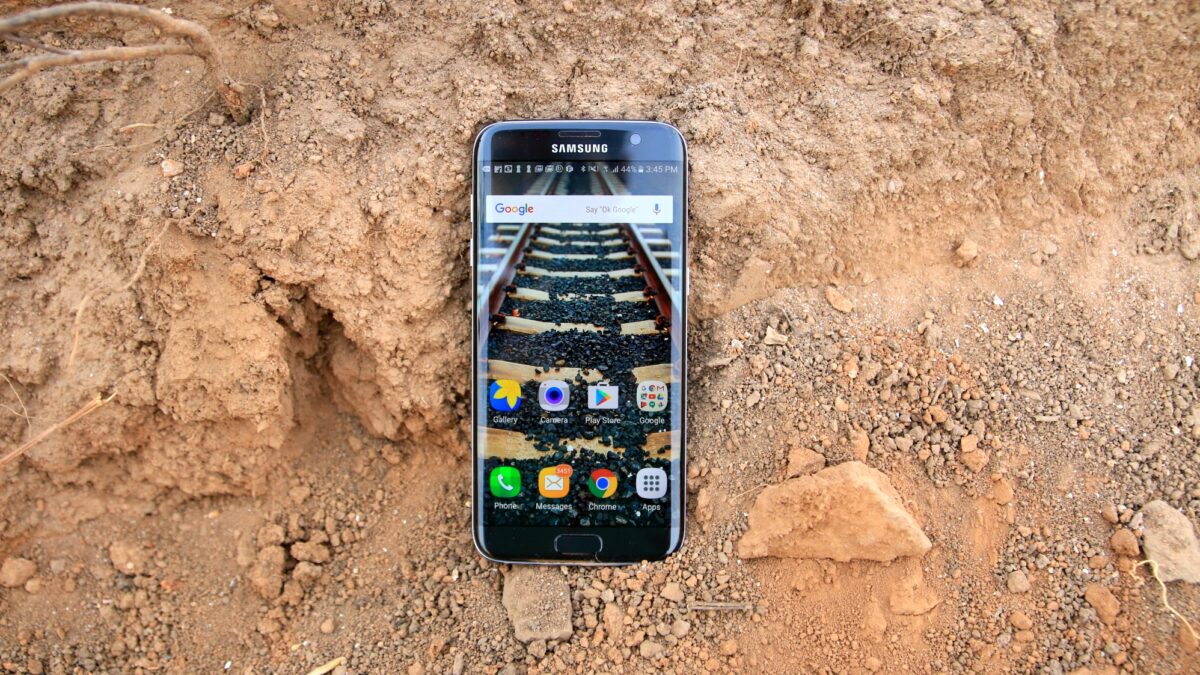 With the Galaxy Note 7 no more, Samsung is putting all its might behind the Galaxy S7 and Galaxy S7 edge. Well, mostly behind the Galaxy S7 edge, since it has been the more popular option from the beginning. If you want proof of the company’s bias towards the S7 edge, just consider the fact that only the curvy S7 is being launched in the Coral Blue color option. Not that there is anything wrong with it, as the S7 edge is a complete package with no competition in the market of Android smartphones (even the iPhone 7 falls behind in things like camera quality and overall design).

It’s been almost eight months since the Galaxy S7 edge went on sale, and since it is the best option for consumers after the Note 7 in the Galaxy lineup, we thought a long-term review was in order. After all, a smartphone doesn’t remain the same as it was on the first day after even a month of usage, and we thought putting up our experience with the device after eight months of constant use should be useful for those who are thinking of picking one up now. An especially important question this long-term review will answer is whether the Galaxy S7 edge is a good option today or if one should wait for the Galaxy S8, which will probably go on sale by April next year.

Well, let’s not waste any time and get started! (Don’t forget to check out our original Galaxy S7 edge review for a full rundown of its features and hardware.)

Let me begin this review by saying that the S7 edge’s performance hasn’t held up that well after so many months. It’s surprising – the Galaxy S6 lineup and the Galaxy Note 5 still work quite well more than a year later, but the S7 edge now suffers from quite a few stutters and lags from time to time. It’s something everyone here at SamMobile has noticed on their S7 edge. The phone still performs great overall, but there are times when pressing the home button won’t instantly take you to the home screen, or when clicking on an app doesn’t open it as fast as you would expect from a flagship phone.

The camera still launches quickly when you press the home button twice, but there can be some delay with this as well if you try to launch the camera when the phone is locked. The software slowdown has also affected the fingerprint sensor. The sensor itself is rather fast at detecting your fingerprint, but there are instances where the thing you want to do happens with a slight delay after your fingerprint has been detected. A factory reset fixed the performance issues for our executive editor Asif, but should you really need to do that here in 2016 on a flagship smartphone? 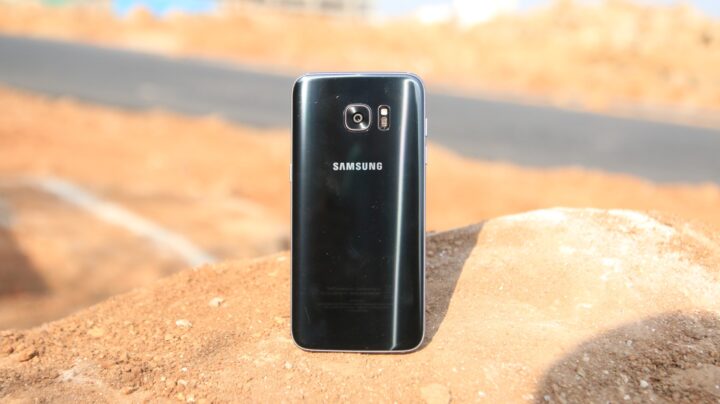 My S7 edge has also picked up a lot of scratches over the months, mainly at the back (just look at the image above). The surprising thing is, the scratches have popped up even though I have been using my phone with a case since the beginning. A couple of scratches might be the result of me putting the phone on odd surfaces to take the photos you see here on SamMobile, but Corning’s Gorilla Glass 4 is clearly weak when it comes to preventing scratches. It’s not just a problem on the S7 edge, however – almost every company’s flagship phone today easily picks up scratches, which is a shame considering the money consumers are spending to buy these premium smartphones.

But scratches aside, the Galaxy S7 edge is still the most beautiful Android phone on the market today, thanks to that Edge screen. Whether you find the Edge screen useful or a gimmick is entirely up to you, but when it comes to looks, the S7 edge continues to be number one in the industry. Yes, a few Chinese phones are also coming out with dual-edge screens, but none of them look as well made and beautiful as the S7 edge. It helps that Samsung’s Super AMOLED display is the best in the business, and it’s still impressive to see after all these months. 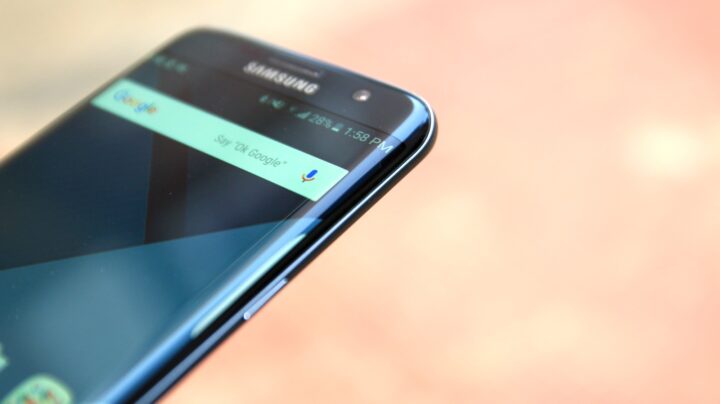 I should also note that after using quite a few other Android devices as a part of my office job, I have realized that Samsung’s auto brightness algorithm is the best there is. While it can be a bit eager to automatically change brightness levels even when you don’t want it to, the S7 edge is more accurate at detecting when you have moved into an area with too much or too little light. While other smartphones will simply stick to your last brightness setting, the S7 edge will actively adapt to the surrounding light. This is especially useful when you’re using the phone in bed at night, a scenario where Samsung’s displays also win in terms of how dim they can go. 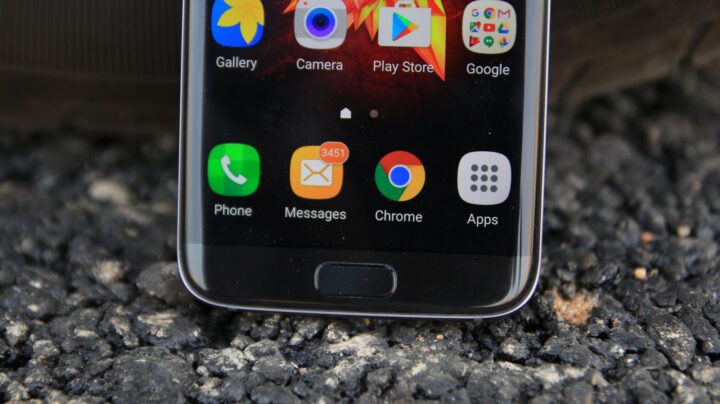 Battery life is another aspect that holds up well on the S7 edge after all this time. I can still make it to late evening with anything but heavy usage, although idle drain seems to have increased over time. I never reach for the power saving modes, which should tell you something. Of course, given the nature of my job, I do have a charger with me almost everywhere I go, but on most days the S7 edge gets me through my work hours with ease.

What about the camera? Since the Galaxy S7 and Galaxy S7 edge were launched, we have seen devices like the Apple iPhone 7 and the Google Pixel hit the shelves, and all of these devices have been lauded for their camera performance. But even after all these months, the S7 edge’s camera remains top notch and the best overall. I’ve tested both the iPhone 7 and Google Pixel, and the S7 holds its own in daylight photos and blows away the competition in low light. That Dual Pixel technology helps in ultra quick focusing, and the speed with which the S7 edge continues to take pictures is second to none.

In fact, the iPhone 7 Plus, other than its ability to take bokeh pictures with its dedicated secondary camera, falls behind Samsung’s camera in pretty much every scenario. As for the Google Pixel, the S7 edge falls behind when it comes to detail in some low-light shots, but makes up for it by bringing in much more light thanks to the f/1.7 aperture and optical image stabilization (the Pixel doesn’t have the latter). It’s only in the selfie game that Samsung finds itself falling behind, but only just and because the S7 edge (and regular S7) have a lower-resolution front camera. 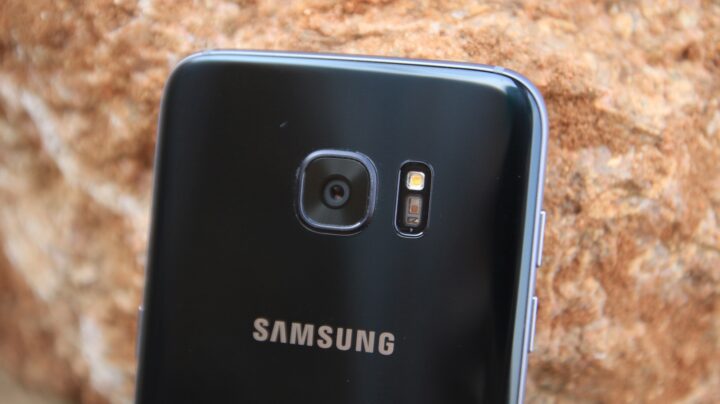 Should you buy it?

Well, it depends. The Galaxy S7 edge remains an excellent smartphone half a year later, and if you really must buy a new smartphone now, the S7 edge is the best option (especially thanks to its lower price compared to the competition). The Android 7.0 Nougat update will breathe new life into the device with new features and a revamped user interface (newer than what you saw on the Galaxy Note 7), and there’s pretty much nothing else out there that can offer you the complete experience the S7 edge provides.

But we have to consider the fact that the Galaxy S8 will be arriving in less than six months. With the Galaxy Note 7 off the market, Samsung is probably going to hit it out of the park with the S8, and anyone buying the Galaxy S7 edge today might be disappointed seeing something much better come out in just a few months.

If you really must buy a flagship smartphone right now, you can’t go wrong with the Galaxy S7 edge. But if you have any high-end Samsung smartphone from the last two years, it would be best to hold onto your cash and save up for the Galaxy S8, which we are all expecting to bring with it the Galaxy Note 7’s perfection sans the explosion-prone battery.