Samsung offers one of the best mobile VR headsets in the market right now with its Gear VR series. Now, the company has started offering its chipsets to other virtual reality headset manufacturers. The latest in the line is the Alcatel Vision, a standalone VR headset, which is powered by the Exynos 7420 octa-core SoC from Samsung. 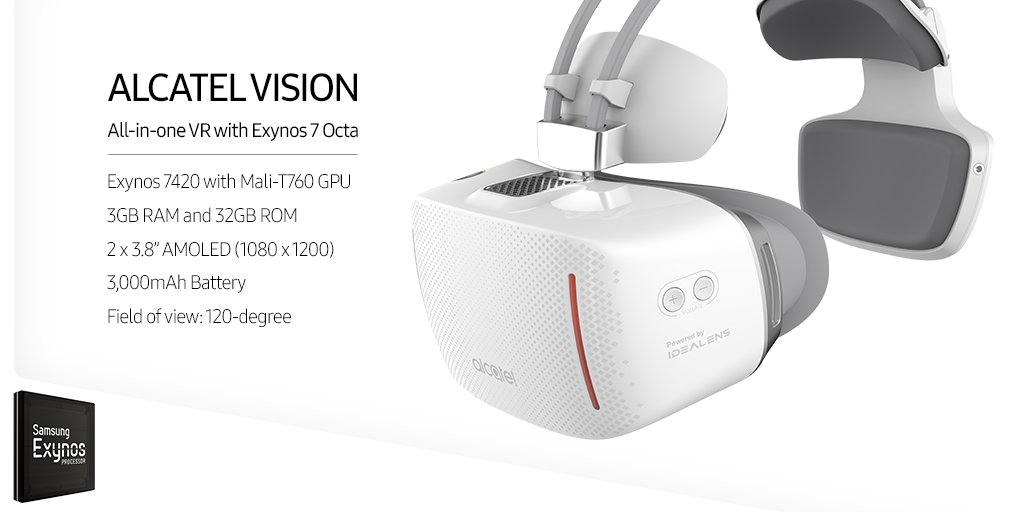