The Galaxy S7 Active features a 5.1-inch Quad HD Super AMOLED display, a Snapdragon 820 processor with 4GB RAM, 12-megapixel rear and 5-megapixel front camera, 32GB internal storage, microSD card support, and a positively massive 4,000mAh battery. However, that’s not what sets this handset apart from the Galaxy S7 and the Galaxy S7 edge. It actually features a “shatter resistant” display and touts MIL STD-810G certification, meaning that it’s more than capable of holding its own against bumps and drops. Another big difference is that this handset has three physical buttons at the bottom instead of a mixture of physical and capacitive buttons you find on the Galaxy S7. It happens to be the first Active device from Samsung to have a fingerprint sensor and thus support for Samsung Pay.

Like previous Active handsets, it’s exclusive to AT&T in the United States. Customers can purchase it from the carrier for $26.50 per month on the 30-month AT&T Next plan, or for $33.31 per month on the 24-month plan, starting June 10, in Sandy Gold, Titanium Grey, and Camo Green colors. It will be eligible for AT&T’s BOGO offer at launch. 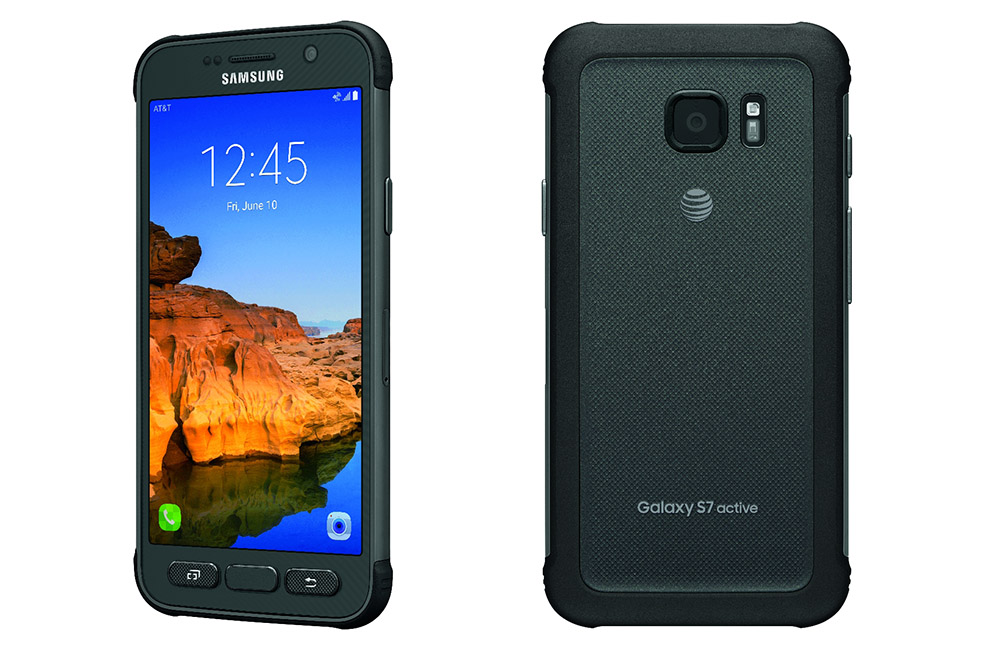 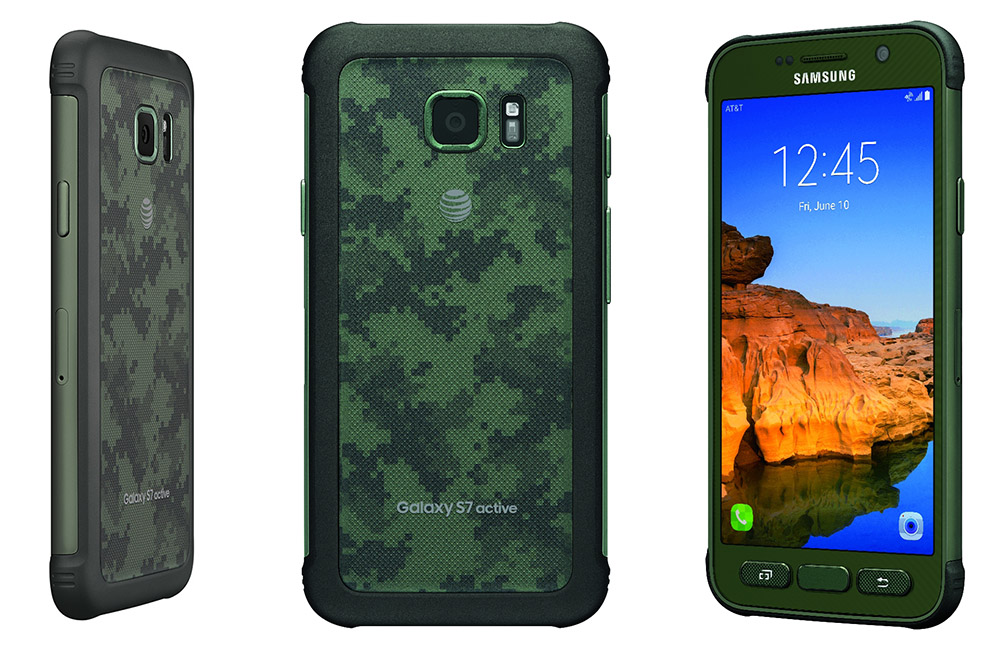 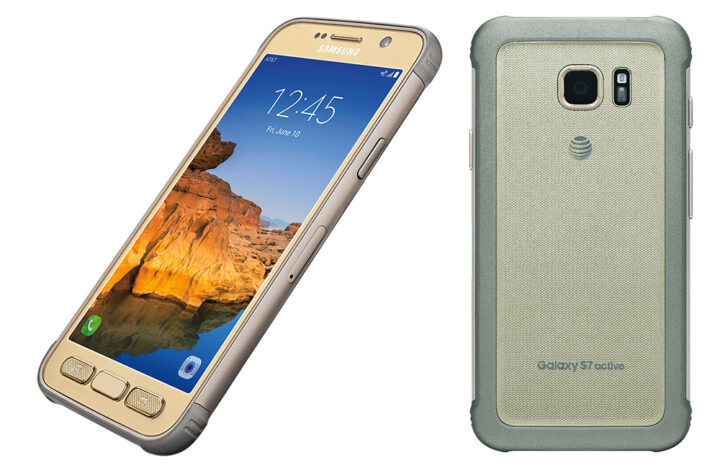