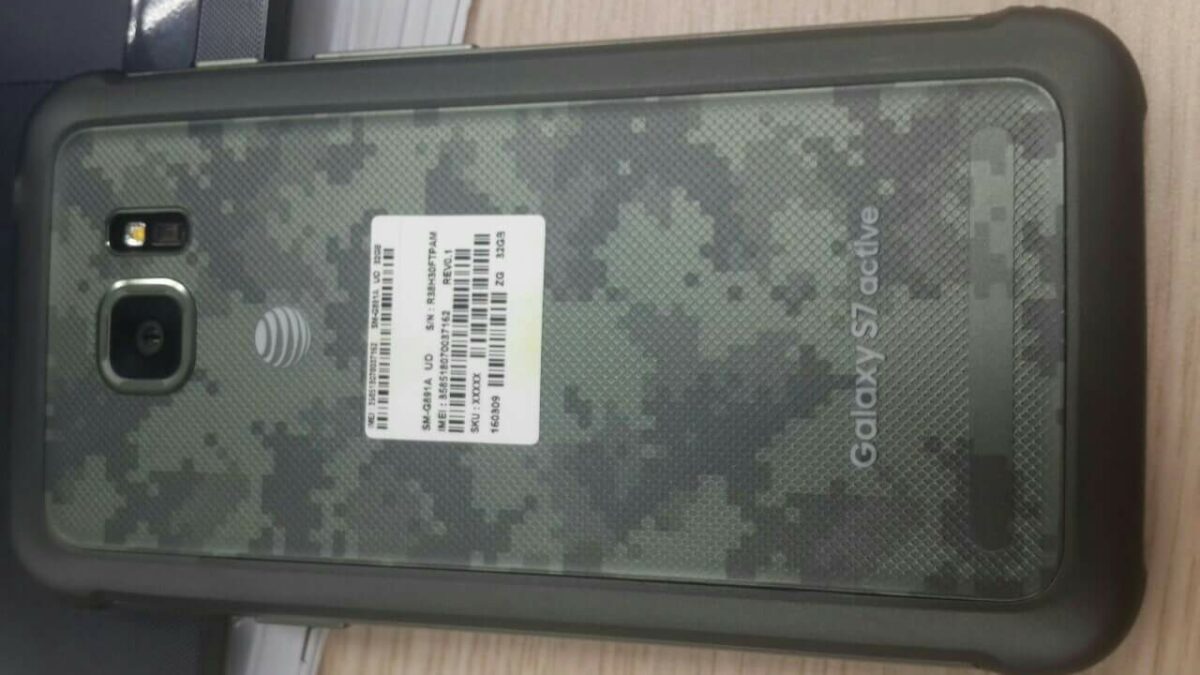 The Galaxy S7 Active was spotted in a recent image leak, formally confirming its arrival on AT&T. A GFXBench listing has now surfaced, revealing the hardware specs of the smartphone in its customary fashion.

It is shown that this rugged Samsung flagship will sport a slightly larger 5.5-inch Quad HD display (the Galaxy S7 has a 5.1-inch display) accompanied by the quad-core Snapdragon 820 chipset, 4GB of RAM, 32GB of storage, a 12-megapixel rear camera, a 5-megapixel front camera and Android 6.0.1 Marshmallow.

This basically means that the handset is nothing but the Galaxy S7 edge (sans the edge display) in terms of internal hardware. Since this is the ‘Active’ model, fans can also expect to find rubberized buttons on the front and a plastic/polycarbonate body, in addition to an Active key. Unlike previous Active models, Samsung will be using a standard home button on the front, possibly with a fingerprint scanner underneath. The handset should be an exclusive via AT&T, with a launch expected soon.

The Galaxy S7 and Galaxy S7 edge were launched last year with Android 6.0 and the company’s TouchWiz UX. The phones were updated to Nougat at the beginning of 2017, and the update brought with it a newer version of Samsung’s user interface. Unofficially Grace UX, it was introduced to last year’s Samsung devices through […]

AT&T finally unveiled the Galaxy S8 Active officially yesterday. It will start taking pre-orders for the device from today. Samsung says that the Galaxy S8 Active is the most toughest Galaxy smartphone it has ever made. The device is built to military grade durability standards so it’s shatter, shock, water and dust resistant. It also […]

At last, at last. The AT&T Galaxy S7 Active, considered to be one of the most oddly-placed smartphones in Samsung’s lineup (not really flagship, not really non-flagship), is finally getting the long-awaited update today to Android 7.0 Nougat after receiving its WiFi certification just last month and being spotted on GFXBench running Nougat back in […]

Samsung is trying to move as many units of the Galaxy S7 as it possibly can ahead of the launch of the Galaxy S8. That’s why we’re seeing the company offer some great promotions to get people to purchase last year’s flagship. The latest promotion promises a Samsung 256GB EVO+ microSD card, a $249.99 value, […]