Last month, Samsung unintentionally confirmed the existence of the long-rumored ruggedized Galaxy S7 Active in the changelog of an update for its Level application, and today we’re getting our first proper look at the handset courtesy of SamsungVN. It’s worth noting, however, that although these images look legitimate, it doesn’t make sense for a Vietnamese publication to leak what’s rumored to be an AT&T-exclusive. With that being said, they do look very credible, and we wouldn’t be surprised to see the final product looking identical, if not similar, to the device pictured.

At first glance, it’s instantly apparent that Samsung has adopted a similar design standard for the Galaxy S7 Active as it did for the Galaxy S6 Active, but how is it different from the standard Galaxy S7? Well, apart from the obvious removal of the all-glass back in favor a combination of polycarbonate and rubber, the firm has also padded the corners with a rubber buffer, reinforced the glass covering the camera module and replaced the soft-touch capacitive buttons with physical ones. What’s interesting here, though, is that the central Home key is flatter than the Back and Recent toggles, which leads us to believe that it houses a fingerprint reader.

Naturally, Samsung has retained the Galaxy S7’s IP68 certification for the Galaxy S7 Active, but it’s coupled it with Military Standard strengthening technology to ensure adequate protection against shocks, vibration, humidity and rain, which means that, in theory, you should be able to take this phone just about anywhere without experiencing any hardware issues as a result of knocks, bumps and climatic conditions.

Be sure to check out the Galaxy S7 Active from all angles in the gallery below: 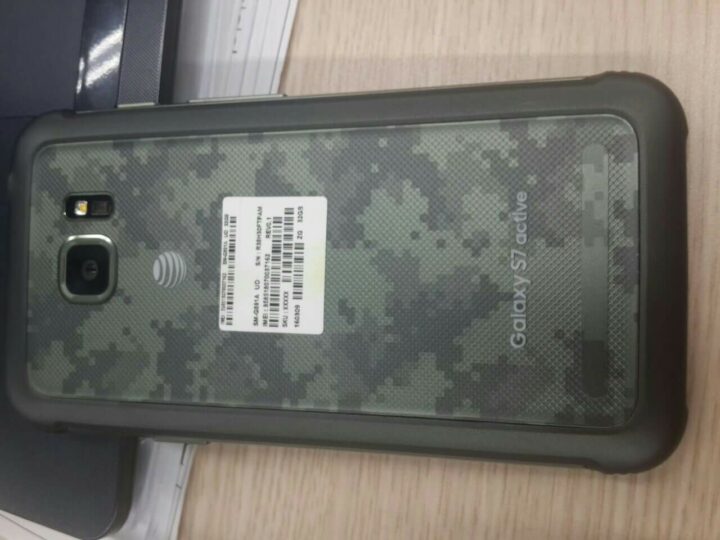