‘Super-luxury’ Gear S3 will be launched in March next year 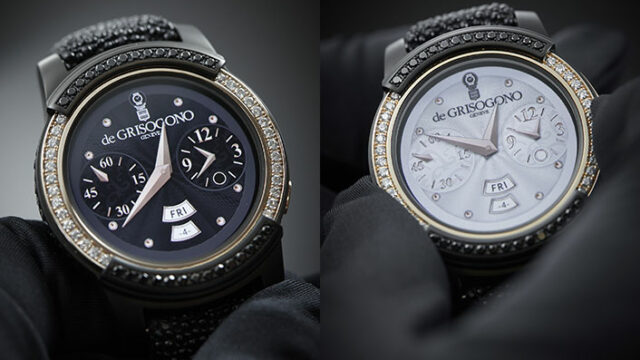 It’s likely that Samsung is going to unveil the Gear S3 smartwatch at the IFA 2016 convention in September this year and we now know that a “super-luxury” version of this smartwatch will be unveiled next year. Swiss luxury jeweler de GRISOGONO has confirmed that it’s working with Samsung “to develop its next-generation smartwatch,” it has previously worked with Samsung on the limited edition Gear S2.

The limited edition Gear S2 built in collaboration with de GRISOGONO comes in a rose gold bezel decked with more than 100 black and white diamonds for about $15,000. This smartwatch was first unveiled at Baselworld in March 2016. No details about the Gear S3 are available at this point in time but we’ll definitely hear more about it as IFA comes near. It goes without saying that the luxurious Gear S3 that Samsung and de GRISOGONO create is going to cost quite a bit and is likely to be decked in a few dozen diamonds and other precious stones.