The ‘liquid cooling’ system from the Galaxy S7 explained 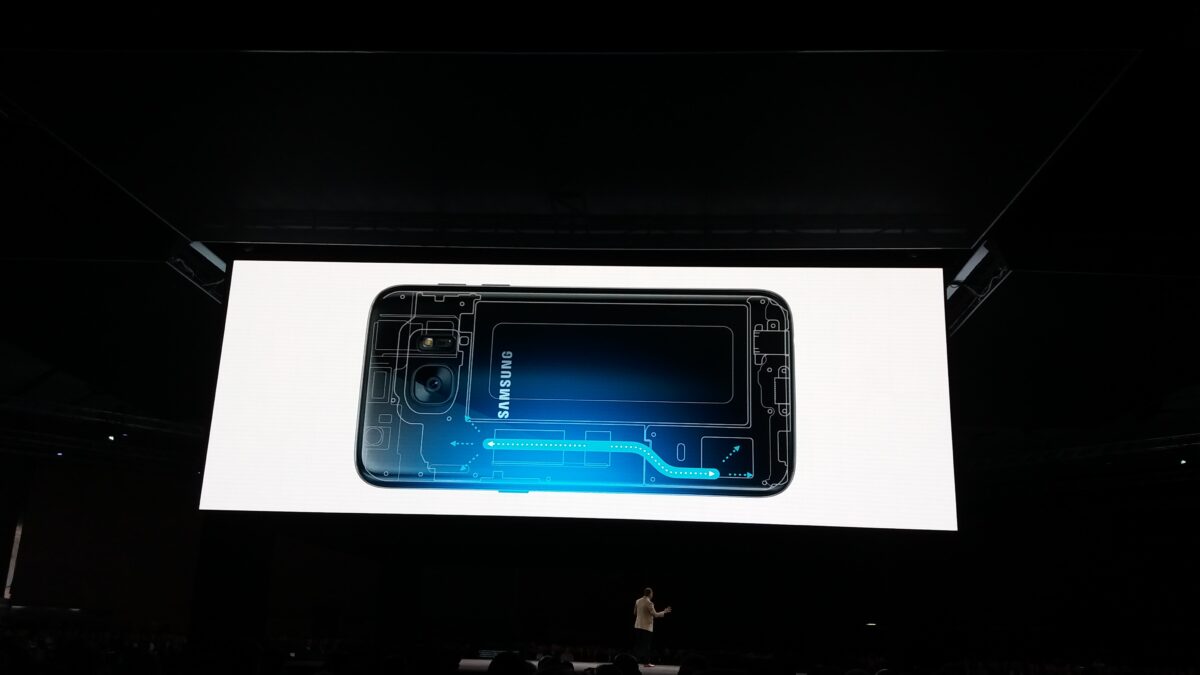 The Samsung Galaxy S7 and the S7 edge were said to be featuring liquid cooling technology to get rid of any unnecessary overheating issues. This was a precautionary measure taken by the Korean manufacturer knowing fully well about the Snapdragon 810 last year. This technology, however, is not what we think it is. In Samsung’s words, this is not a liquid cooling mechanism but merely a “thermal spreader“.

The term suggests that there might actually be some tiny traces of liquid, but not enough to be seen by the human eye. A teardown by YouTube user JerryRigEverything revealed this mechanism inside, where Samsung is using a copper pipe to let the liquid and vapor pass through.

The liquid, in this case, is either water or ethylene glycol which is passed through an evaporator leading up to the CPU or GPU. Being exposed to the heat generated by the CPU/GPU, this liquid then turns into vapor and makes its way to a diffusion plate (radiator). Eventually, this vapor turns itself back into liquid form and makes its way to the evaporator again. This is a constant process and ensures that the heat is evenly distributed and not concentrated towards a particular area.