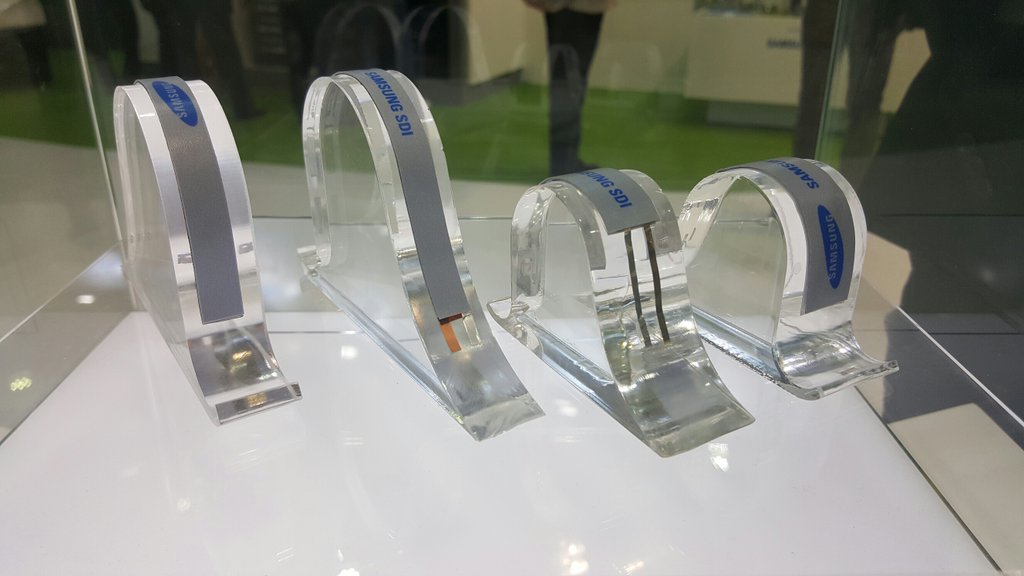 Samsung has always been at the forefront in the smart wearables market. Since smartwatches, activity trackers, and fitness trackers are generally quite small, it is hard to fit traditional batteries in these devices. Now, Samsung has developed wire-shaped batteries for these kind of devices to increase their battery life.

Samsung SDI has showcased new wire-shaped Band and Stripe flexible batteries for wearable devices on during InterBattery 2015, which happened yesterday in Seoul, South Korea. The Band battery is targeted towards smartwatches, and the company claimed that it could increase a smartwatch’s battery life by upto 1.5 times.

The battery that could power your next Samsung smartwatch. pic.twitter.com/jne1bQcsfv

The company said that it has extensively tested the Band battery by bending it 50,000 times, matching its shape to the curvature of the human wrist. Even after this stringent test, the battery was able to function properly. The company also demonstrated a prototype smartwatch that used both these types of batteries.