Samsung hasn’t stopped making multiple variants of its device with small changes here and there. It recently launched the Galaxy S6 Active with a durable design, and will reportedly release a variant of the Galaxy S6 edge with a larger screen dubbed Galaxy S6 Edge Plus.

Now, GSMArena is reporting about a new variant (SM-G531H) of the device that is equipped with a Spreadtrum SC8830 processor. This chipset combines a quad-core Cortex-A7 CPU with a Mali-400MP2 GPU. Other specifications include 1GB of RAM, 8GB of internal storage, Android 5.0 Lollipop, an 8-megapixel primary camera, a 5-megapixel secondary camera, LTE connectivity, and a 2,600 mAh battery. 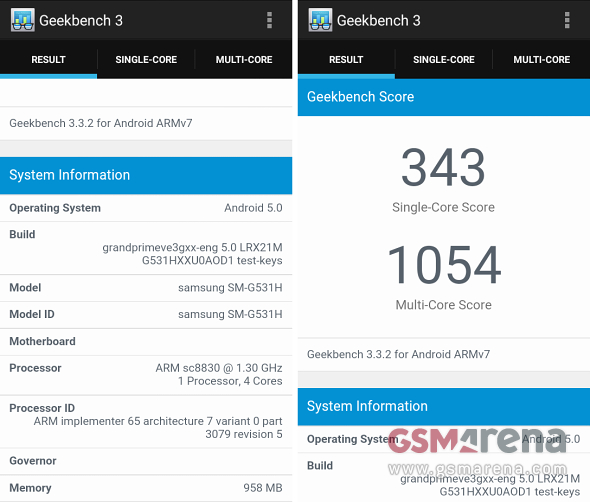