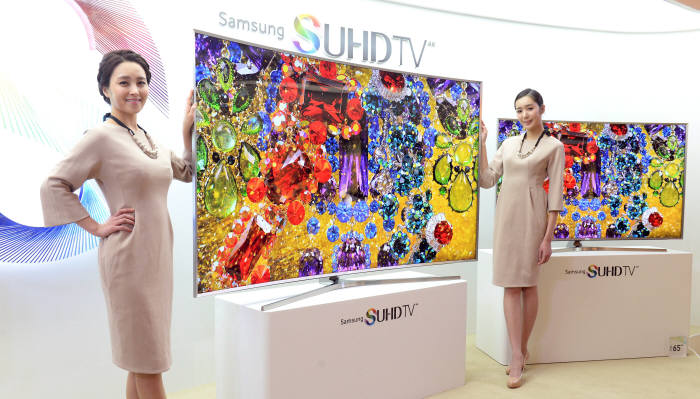 Samsung unveiled its high-end SUHD TVs earlier this year at the Consumer Electronics Show 2015 in Las Vegas, it took a few months from when they were announced to when they were actually released in many markets across the globe. These new TVs from Samsung aren’t cheap by any means but many won’t dispute the price tag for the impressive technology that the SUHD TVs boast, it appears that the price tag hasn’t deterred South Koreans from buying this Samsung product.

The company has sold more than 10,000 SUHD TV units in its home base of South Korea, it was able to sell all of these units in just three months as the SUHD TVs were released in South Korea around mid-February. There have been no reports so far confirming similar performance of this product in other markets nevertheless the product seems to have found a decent support base in South Korea. Samsung’s SUHD TVs also offer many software apps and services, they even support the PlayStation Now game streaming service which lets users stream PlayStation games right to the TV without needing to hook up a console.