Samsung has been into patent wars with Apple and Microsoft, and has been able to defend itself. That’s because Samsung itself has a large portfolio of patents. According to a new study by Quartz, Samsung has been awarded 2,589 patents so far in 2015. That’s over 123 patents per week, or over 17 patents per day! Mind boggling, isn’t it?

Samsung is second only to IBM when it comes to the number of patents awarded this year (till June 2). The USPTO (US Patent and Trademark Office), which releases its new patent awards on Tuesdays, has awarded IBM with 3,192 patents so far in 2015, making it the world’s largest company in this regard. In comparison to the South Korean electronics giant, Apple, Google, and Microsoft have received only 875, 1,338, and 1,183 patent awards respectively so far this year. 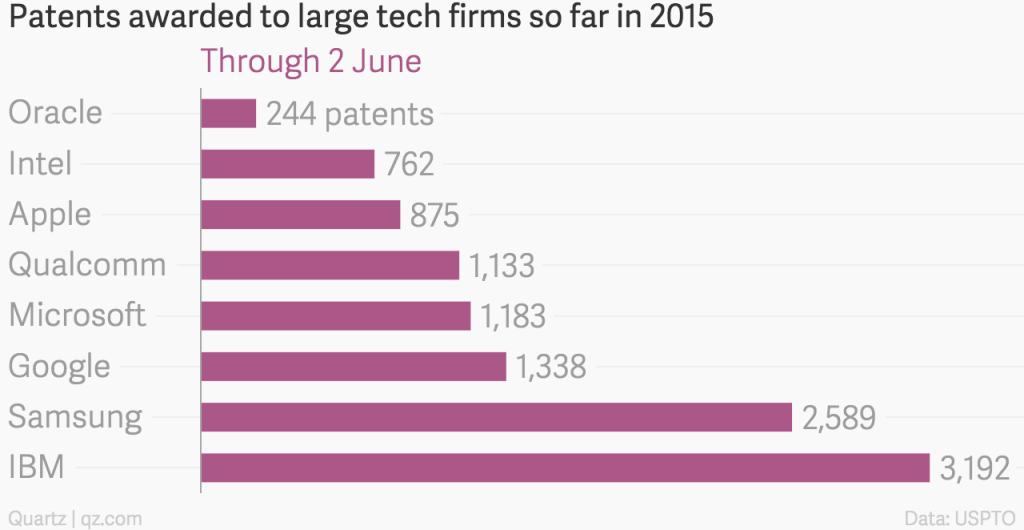 As you can see in the chart below, Samsung, IBM, and Google have increased the pace of filing patent applications. The number of patents awarded continues to rise every year, and the patent office is trying to deal with massive backlog of applications. It is also struggling with patent trolls – companies that neither invent nor manufacture anything, but hold patents just to sue other brands for infringements.

As Samsung has been invested into a large variety of fields, be it mobile devices or electronic components like memory chips and application processors, it is understandable that it has been awarded with so many patents. 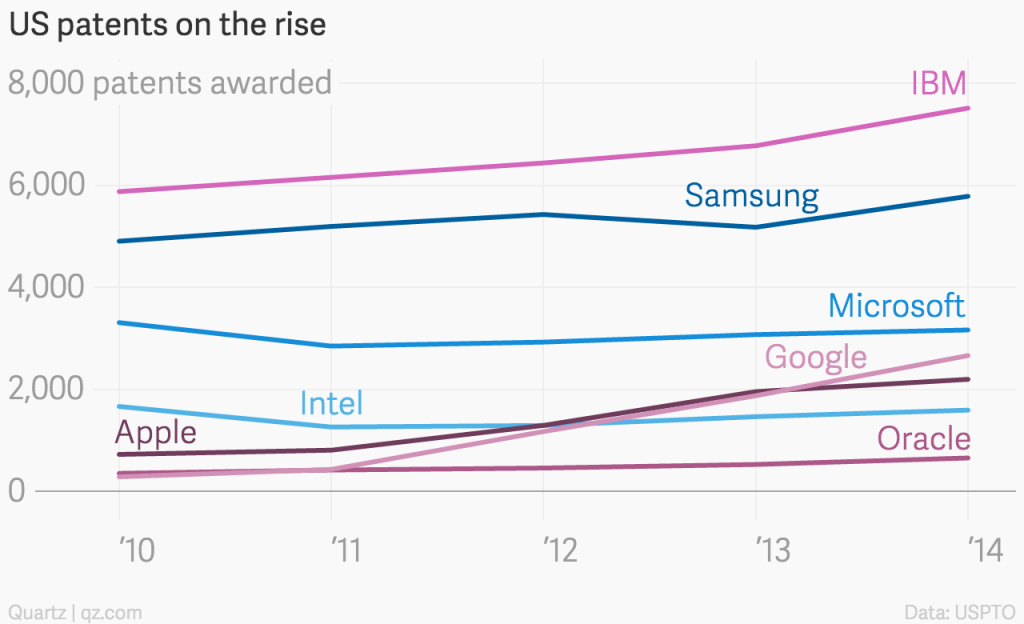