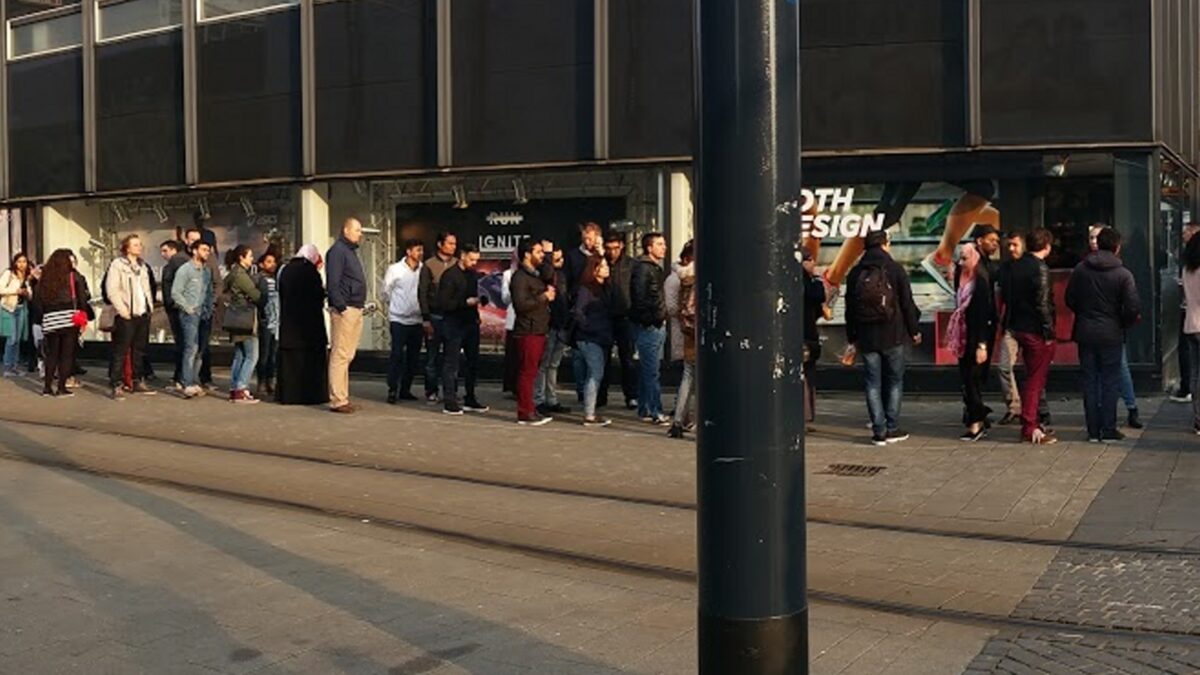 In the world of mobile tech, there are quite a few companies that catch consumer attention – but none match the fan bases of Samsung and Apple. It’s something about the rivalry between two of the biggest names in mobile tech that keeps the rivalry going strong. Yep, fans are to the Samsung-Apple rivalry what lighter fluid is to a fire.

And Samsung’s Galaxy S6 and S6 edge sales continue to impress. Today, KGI Securities analyst Ming-Chi Kuo (who has a well-known track record with Apple news) has confirmed what many feared about Samsung’s fruit rival: Apple may be worried about its 14-nanometer A9 processors because of Samsung’s current success.

Just what success is that? The high sales of the Galaxy S6 and S6 edge. From what we’ve gathered, Samsung’s sales of both devices look to be 40% higher than initial expectations, driven to such heights by the Galaxy S6 edge and its curved screen. Samsung’s spoken explicitly about its unexpected increase from Galaxy S6 sales and how there will be a shortage in production due to high demand. In Apple’s case, according to Kuo, Samsung’s shortage will have the Korean manufacturer occupied with meeting its own numbers – which means that the A9 Apple processor will take a backseat, and Samsung’s industry-leading 14-nanometer along with it.

At this point, Kuo’s prediction about Apple’s worry may be justified; after all, Apple desperately needs its A9 chip manufactured for iPhone sales, and the company doesn’t want to take a direct hit this year in light of the fact that its most powerful opponent is having some significant measure of success. Apple is likely concerned, considering how quickly Samsung abandoned Qualcomm upon the discovery that the international chipmaker’s Snapdragon 810 was smoke and fire – literally.

At the same time, however, Apple may not be worried at all. The company has decided to enact an emergency measure “just in case” and turn back to Taiwan Semiconductor Manufacturing Company (TSMC), who’s been the usual “go to” chipmaker each year as Apple attempts to wean itself off Samsung.

TSMC’s processors utilize the FinFET Turbo architecture but run on a 16-nanometer process instead of Samsung’s 14-nanometer FinFET process, and Apple, who’s not yet seemed “spec-hungry” in any manner (just ask iPhone users who are officially bored with the same 8MP camera placed in the iPhone each year), may not care. If anything, Apple wants its iPhone 6s ready for primetime, whether Samsung is the reason behind it or not.

Apple may be on the defensive in all of this, and that’s not a bad thing. Perhaps Samsung’s rush of success will stir Apple to make some needed changes to the iPhone. Whatever influence Samsung will have in the future, there’s no mistaking that the iPhone 6 Plus is a testimony to Samsung’s role as trendsetter in the mobile market.