Samsung rolling out Android 5.0 Lollipop update to the Galaxy S5 in the UK

After rolling out Android 5.0 Lollipop update to the Galaxy S5 in Poland, Russia, Malaysia, and Spain, the upgrade finally lands in the United Kingdom. Oddly, the Korean company’s latest Lollipop firmware for the Galaxy S5 is still based on Android version 5.0 (LRX21T), while all of its other flagship devices are internally being tested with a newer Android base — Android 5.0.2 (LRX22G). It is possible that merging the new Android 5.0.2 code with existing 5.0 code could have delayed the release even more, so Samsung decided to push the 5.0 upgrade, as it was already widely tested in other countries, and update the device to the latest version of Android in a month or two.

All-in-all, it’s a major upgrade and we would recommend every Galaxy S5 owner in the UK to update the device to the latest version of Android for an enhanced user experience.

You can update your Galaxy S5 using two methods: Kies or Samsung’s FOTA (Firmware-Over-The-Air) service. To update your device via Kies, connect your device to your computer and use Samsung Kies 3. If you don’t like wires and stuff, you can use the FOTA method. To download and install the firmware via FOTA, go to settings > system > about device > software update > update. For advance users, all latest Android 5.0 Lollipop firmware files are available for download on our firmware section. 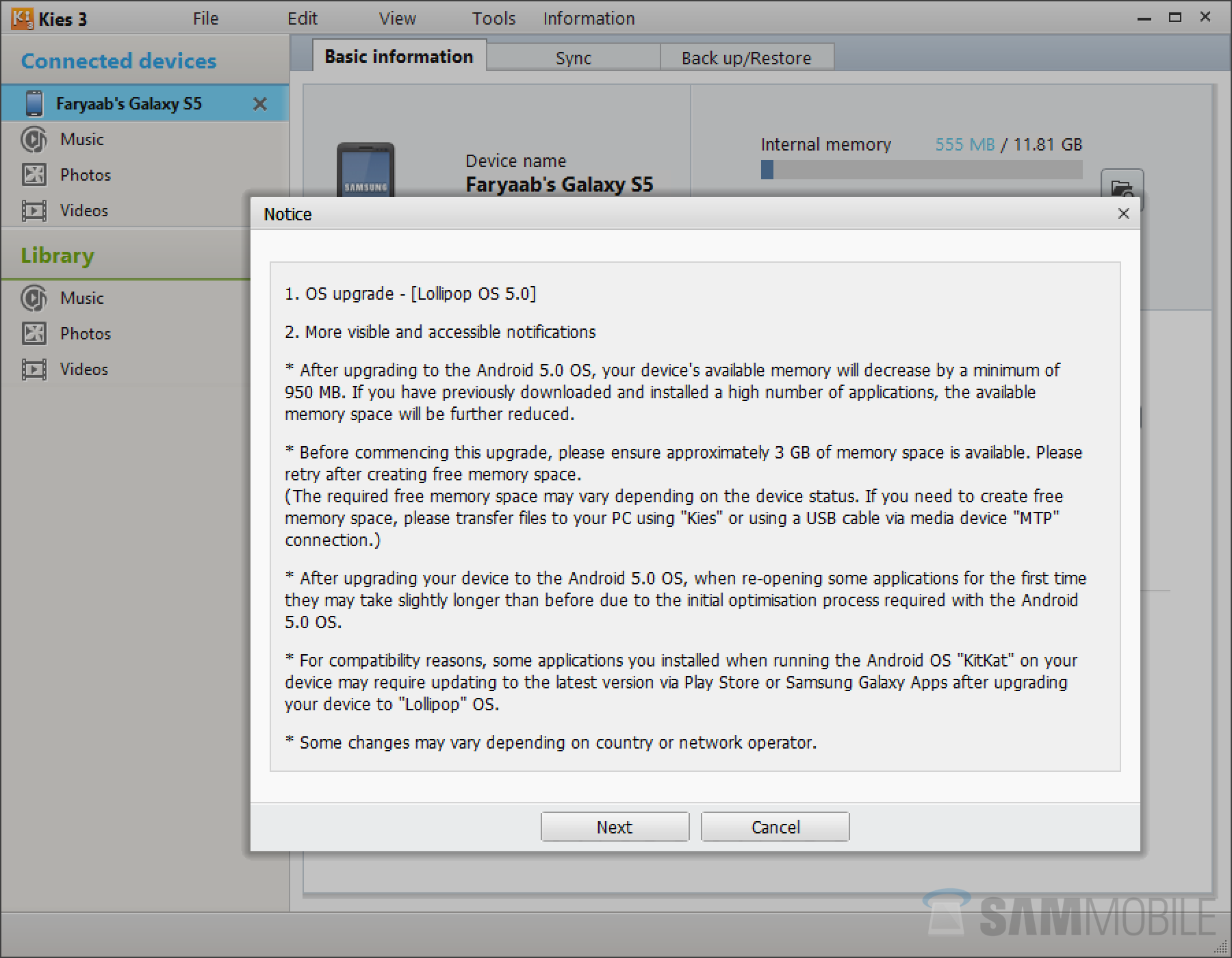 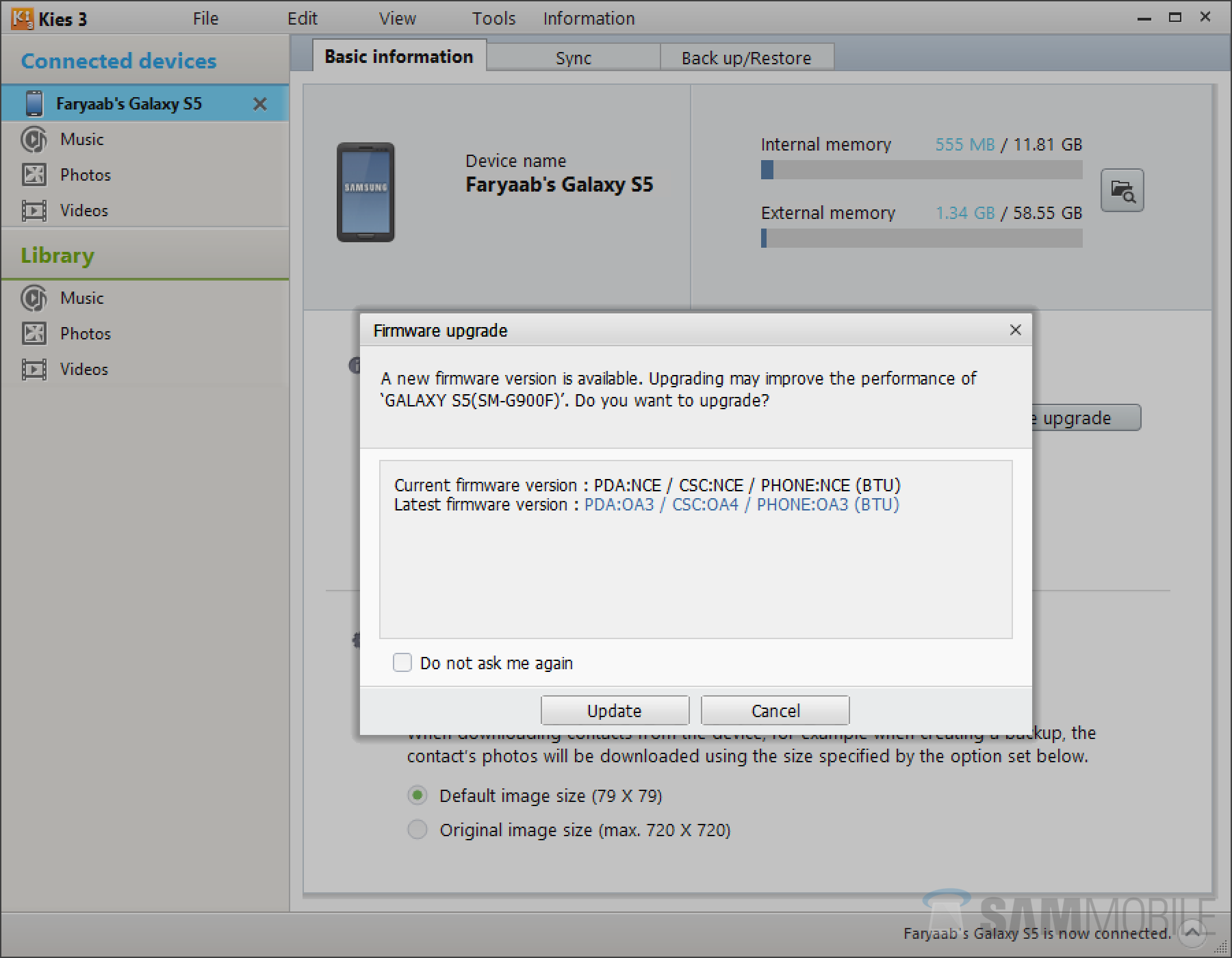