The only difference between the standard and this new special variant of the Note 4 is the System-on-Chip; visually, they both are identical. The Galaxy Note 4 is already available in two processor configurations, Snapdragon 805 and Exynos 7 Octa. However, both of them are 32-bit processors, which means they can’t run Android 5.0 Lollipop in 64-bit mode, nor can run native 64-bit applications. Whereas, Qualcomm’s latest offering – Snapdragon 810 (MSM8994) – is a fully 64-bit chip; actually, the world’s first 64-bit oct-core chip running in ARM’s big.LITTLE configuration.

Qualcomm recently announced that it has added LTE Category 9 support in SD810, which can reach up to 450Mbps download speeds. Moreover, the SoC also comes with an Adreno 430 GPU clocked at 650MHz. Rest of the hardware is the same as the standard Galaxy Note 4. Software-wise, the special variant will come with Android 5.0 Lollipop out of the box.

According to our insiders, Samsung will launch the Snapdragon 810-equipped Galaxy Note 4 in Spring of 2015, and release will be exclusive to Korea. 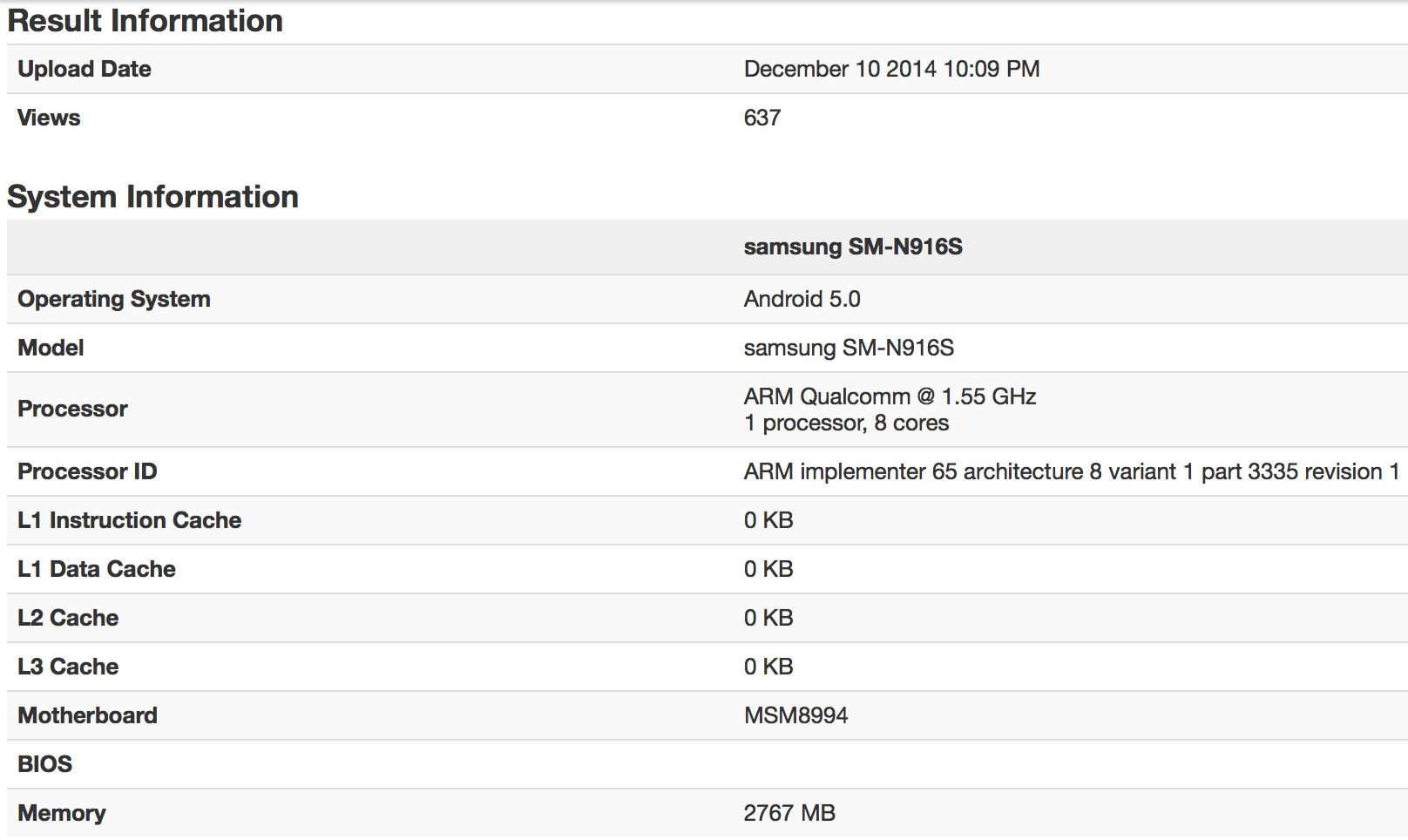