Samsung has been working on Tizen since 2013 and Samsung Z was expected to be the first device based on it, but it was ditched in favour of low-end Tizen devices. A couple of months ago, we discovered that Samsung was planning to launch their first Tizen-based device in the form of the SM-Z130H. Confirming our exclusive reports and some previous leaks about the device, Tizen Indonesia is now reporting that the SM-Z130H (also codenamed as Kiran) will be launched in India in December and will be called the Samsung Z1. According to their sources, Samsung will hold an event in India on December 10 to introduce the Tizen OS v2.3 based Z1, which will be priced below $100. It might feature a 4-inch WVGA display, 1.2GHz dual-core Spreadtrum SC7727S processor, Mali-400 GPU, 512MB RAM, a 3.2-megapixel primary camera with LED flash, and a VGA front-facing camera. In terms of connectivity, the device might feature dual-SIM card slots, 3G network compatibility, Wi-Fi b/g/n, Bluetooth v4.0, and FM Radio. The device passed FCC certification in October. To know more about Samsung’s low-end Tizen interface on the Samsung Z1, read our exclusive report which showcases various screenshots, UI design, and icons from the device.

Tizen is being developed to be used on a wide variety of smart devices including smartphones, tablets, wearable devices, smart digital cameras, smart TVs, media players, in-vehicle infotainment systems, PCs, printers, and smart home appliances. Samsung has already released Tizen-based smartwatches and fitness trackers like the Gear S and the Gear Fit. Its next target with Tizen is the low-end smartphone market in India. India is expected to become the third largest smartphone market in the world by 2018 after China and the US, though most of this growth will happen in the low-end segment. The Z1 will be competing directly with smartphones launched under Google’s Android One initiative. Android One smartphones, all of which are priced around $100, are designed, developed, and supported directly by Google, while the brands launching them act as manufacturing and sales partners. 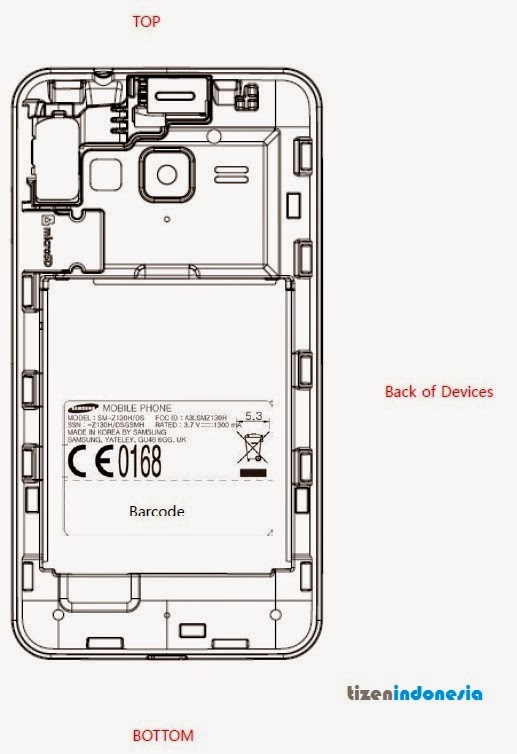