Samsung has sent out media invites for the launch event of Galaxy Note 4 in India on October 15 and it will be available for purchase from October 17 in the country. It features a 5.7-inch QHD Super AMOLED display, octa-core Exynos 5433/quad-core Snapdragon 805 processor, 3GB of RAM, and 32GB of onboard storage along with a microSD card slot. Samsung has used a 16-megapixel primary camera sensor (Sony IMX240) on the Galaxy Note 4 with phase-detection autofocus lens, optical image stabilisation, and 4K video recording ability while the front-facing camera has a resolution of 3.7 megapixels. The price of Galaxy Note 4 in India hasn’t been disclosed yet but we expect Samsung to announce its pricing during the launch event.

Something big is coming your way. Gear up for some high octane action. RT & spread the word. pic.twitter.com/nGz0H3KoGg 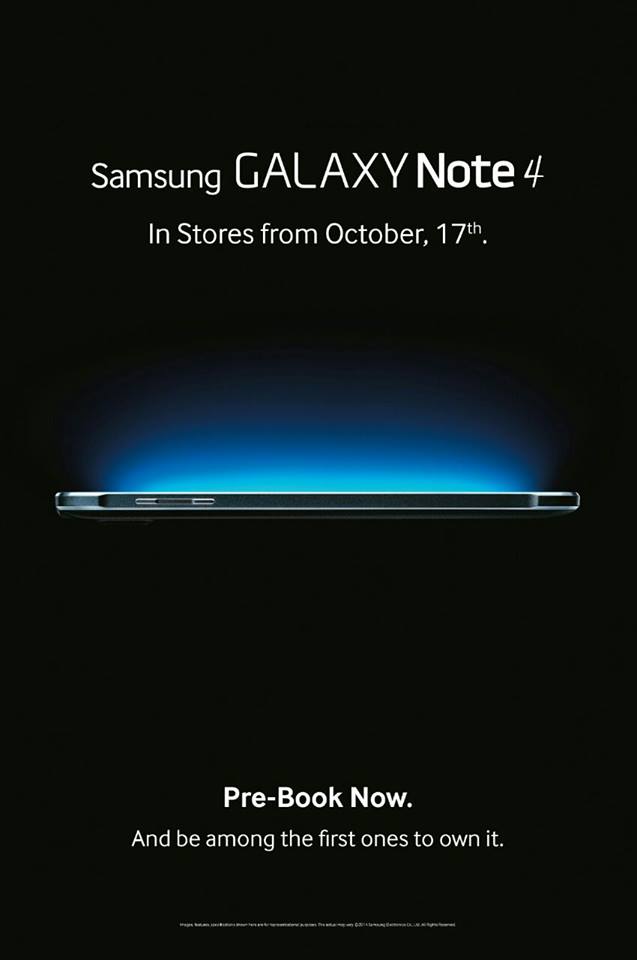