Samsung has been quiet on its plans to update its ATIV smartphones to Windows Phone 8.1, but the company has now indirectly confirmed that the update is certainly coming, and it’s coming soon. Samsung has launched a new app for Windows Phone called ATIV Clock, and oddly, the app is only supported on Windows Phone 8.1, which is as good as a sign as any that the Korean manufacturer is going to update its devices to the feature-packed latest version of Microsoft’s underdog operating system in the near future. 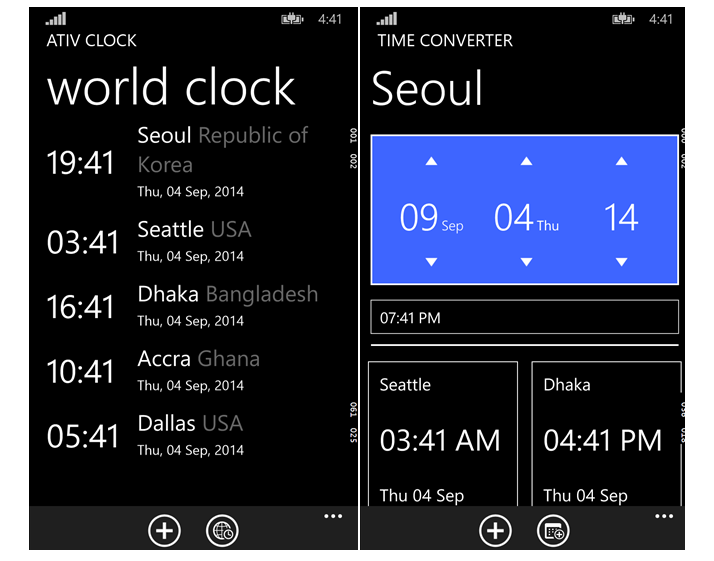 Samsung has dipped its toes in the Windows Phone market time and time again since the OS was launched back in 2010, and according to a report from The Korea Times, the Korean manufacturer is eager to launch more handsets running on Windows Phone in 2015. However, Samsung is reportedly waiting to resolve its Android […]

Windows Phone 8.1 has been out for a few months now, but carriers like Sprint have been taking it rather slow with pushing out the update to existing phones. Last month, AT&T’s ATIV S Neo was updated to Windows Phone 8.1, and now the update is rolling out to owners of the device on Sprint’s […]

Today, Samsung has released the ATIV BizCard app, a business card scanning tool for its Windows Phone devices. The app makes use of the camera on ATIV phones and optical character recognition to scan a business card. There’s also an option to use the camera flash while clicking an image or import a previously clicked photo from […]

Samsung seems to be working on multiple new Windows Phone devices for release in the next few months. We recently revealed that the mid-range ATIV Core is under development at Samsung as the first Windows Phone 8.1 device, and now, a low-end Windows Phone handset, the SM-W350F) has reared its face. The SM-W350F was shipped […]

Samsung’s return to the Windows Phone market after more than a year-long hiatus is spearheaded by the ATIV SE, a high-end handset that was made official for Verizon a few hours back. Now, we’ve received information on yet another Windows Phone handset that the Korean manufacturer is working on, dubbed the ATIV Core. The ATIV […]