If you bought a Galaxy S5 in the two months since its worldwide launch, you might be in for some massive disappointment today. Samsung has finally announced the rumored LTE-A variant of the Galaxy S5 (or the Galaxy S5 Prime, as the rumors wrongly called it), and it’s everything people had hoped the Galaxy S5 would be. The Galaxy S5 LTE-A, apart from being the first smartphone to feature download speeds up to 225 Mbps, ups the ante considerably by upgrading the screen to a WQHD (2560×1440) Super AMOLED unit, which, thanks to the screen size remaining the same at 5.1-inch, offers a mind-boggling pixel density of 577ppi.

The Galaxy S5 LTE-A is also the first smartphone to be powered by the Snapdragon 805 processor, which features four 2.5GHz Krait 450 CPU cores and the Adreno 420 GPU, and is the only chip to support higher than 150 Mbps network speeds. The Galaxy S5 LTE-A isn’t lacking in the memory department either – the handset features 3GB of RAM and 32GB of internal storage, along with a microSD slot for cards up to 128GB. 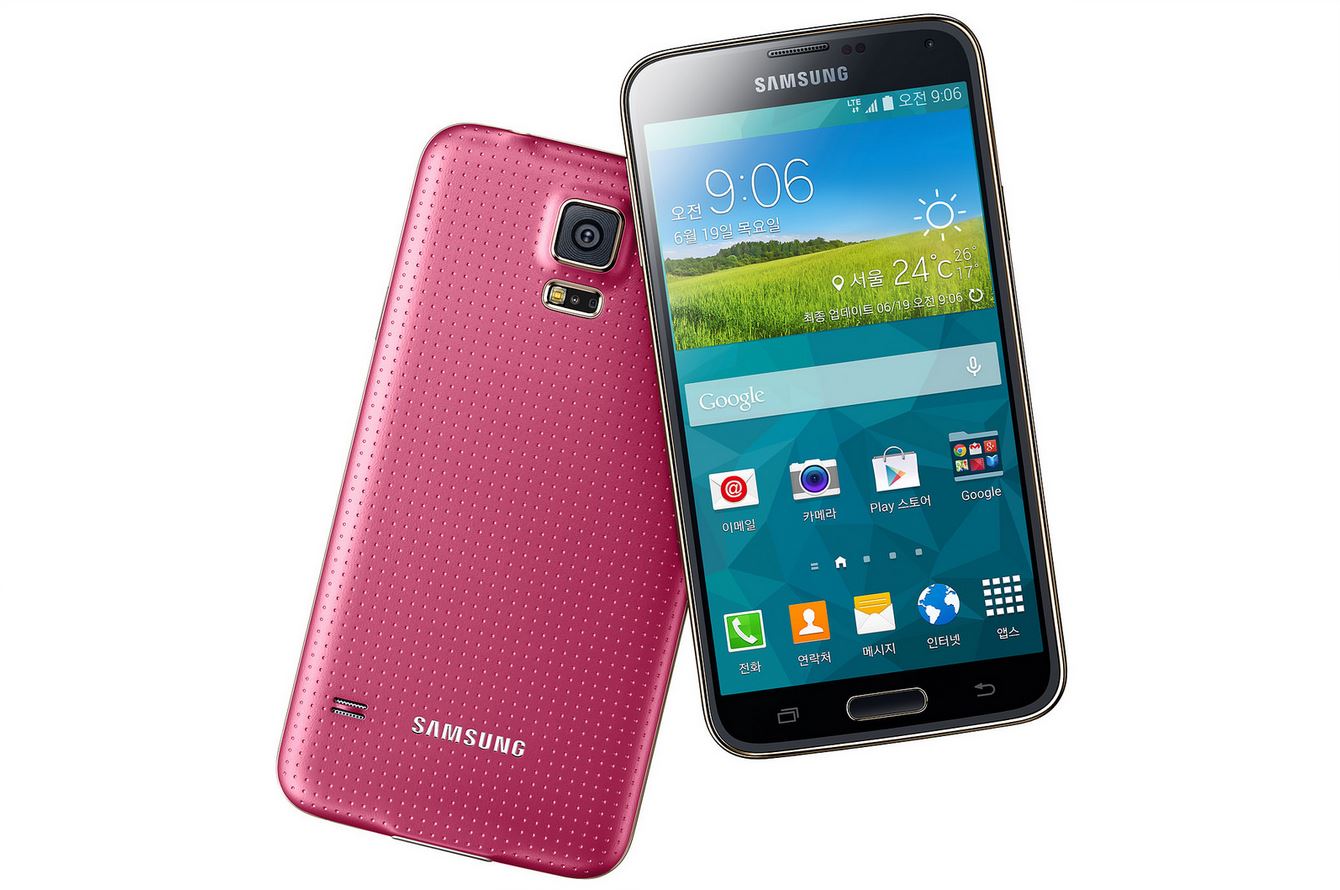 The rest of the hardware remains the same – there’s a 16-megapixel rear camera, 2-megapixel front-facing camera, fingerprint and heart rate sensors, all the usual connectivity options including NFC, USB 3.0 port and an IR sensor, and the same old 2,800 mAh battery, which might or might not be able to offer as impressive battery life as the standard Galaxy S5 thanks to that ultra high-resolution display and faster internet speeds.

The Galaxy S5 LTE-A is water- and dust-resistant as well, with IP67 certification. Nothing has changed on the software front either, with the phone running Android 4.4 KitKat with Samsung’s latest customization on top, along with features such as Download Booster, Ultra Power Saving Mode, Kids Mode, S Health, and Private Mode (used in conjunction with the fingerprint sensor.)

Unfortunately, the Galaxy S5 LTE-A will be exclusive to South Korea upon launch, though maybe that’s a good thing as Galaxy S5 owners will have less reason to hate Samsung if they can’t buy this considerably better variant that has been announced so quickly. The phone will launch this summer in Charcoal Black, Shimmer White, Electric Blue, Copper Gold, Sweet Pink, and Glam Red color options.

The Galaxy S5 LTE-A will be available later this week (supposedly June 19th) from carrier SK Telecom for 940,500 won (US$919), and will later launch on carriers KT and LG U+.