Earlier this month, we discovered a UAProf listing of a device with the model number SM-T805. Later last week, we were able to confirm that this tablet will be Samsung’s new AMOLED tablet, and that it will be offered in Wi-Fi (SM-T800), 3G (SM-T801) and LTE (SM-T805) variants. The 10.5-inch tablet will feature a screen resolution of 2560 x 1600, which is similar to the resolution seen on the Galaxy Pro series of tablets launched recently. The LTE version of the unannounced tablet, SM-T805, was seen undergoing benchmark testing at GFXBench, which gives us more insight into the hardware the tablet will feature.

According to the benchmark results, the tablet features a Samsung Exynos 5420 SoC with four Cortex A15 cores and four Cortex A7 cores. In addition, the tablet has a hexa-core Mali-T628 GPU. The tablet also comes with 3 GB RAM, 16 GB internal storage and a 7 MP camera at the back and a 2 MP shooter at the front.

A tablet with similar hardware was seen on GFXBench earlier this week, but with an 8.4-inch screen and a resolution of 2560 x 1600. The 8.4-inch tablet featured a model number SM-T700, which follows the naming convention of the larger 10.5-inch tablet. It is likely that the 8.4-inch tablet will also be Wi-Fi only, 3G and LTE variants.

Finally, a 7-inch device with model number SM-T230 was identified by its Bluetooth listing, and this could be the entry-level model. The 7-inch device features a screen resolution of 1280 x 800 and a 1.4 GHz quad-core Cortex-A7 CPU with Mali-440MP4 GPU for the LTE version (SM-T235). The Wi-Fi only and 3G versions feature the same screen but a CPU that is clocked to 1.2 GHz.

All three devices run Android 4.4.2 KitKat, and will likely feature AMOLED screens. Judging by the nature of the leaks, it is likely that these models will form the Galaxy Tab 4 series. 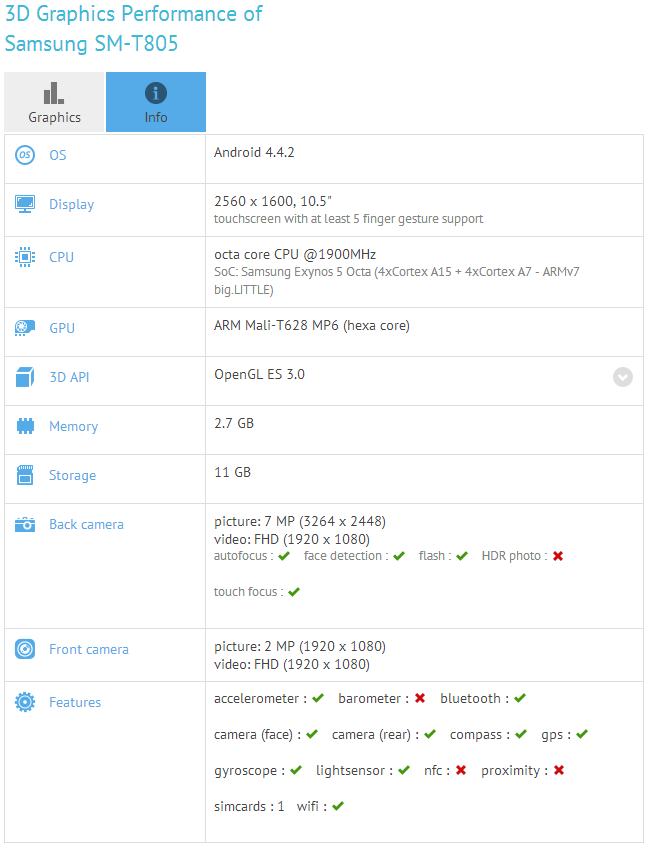 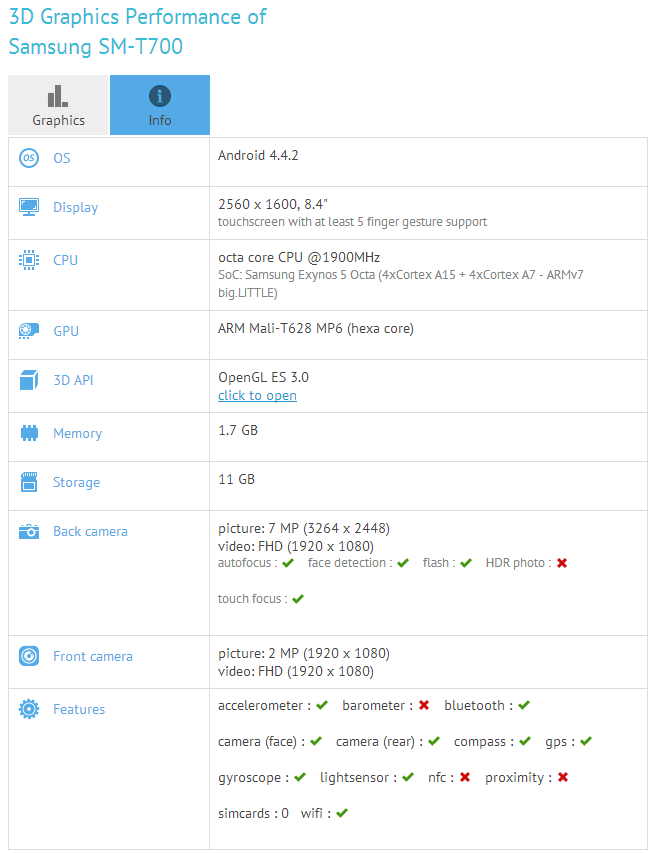