Good news everyone, it seems like Samsung has started rolling out the Android 4.3 update for the Galaxy S4 once again. AT&T confirmed the same for its variant earlier, and now the update is showing up in some European nations, including Germany, France, and the UK. The update’s notification terms it as a stability update, which is pretty spot on considering it is expected to fix the issues that caused the original 4.3 update to be pulled, leaving everyone waiting yet again after the initial year-long wait.

The build number accompanying the update is I9505XXUEMKE, and the build date is of November 27th, which means it is the most recent firmware available for Samsung’s flagship smartphone. The update seems to be available only on Kies at the moment, but it should be making its way to devices over the air in the coming days. Don’t forget to do a manual check in the Settings » About phone »  Software updates menu, though as always, the update will reach your device of its own accord. 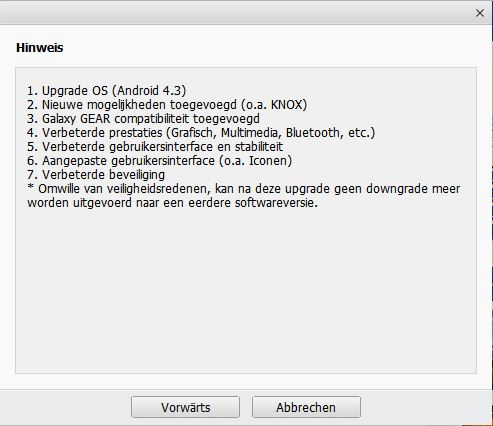 Samsung is once again pairing its Neo QLED 8K TVs with the Galaxy S22 flagship phone series. This time, it’s for a UK promotion that effectively allows Neo QLED customers to get a Galaxy S22 Ultra for free. Samsung’s “Shoot in 8K, Watch in 8K” campaign starts today, July 20, and lasts until August 16. […]