The international Galaxy S III’s Android 4.3 update might be on hold, but after T-Mobile, AT&T has found it good enough and has begun rolling out to its variant of the device, and become the second carrier in the U.S. to do so for Samsung’s 2012 flagship (though hopefully it won’t be pulled later because of issues). We received an email from one of our readers with a screenshot of the update’s download in progress; it is sized at 623MB, which is fairly large and makes us certain it’s the Android 4.3 update we’re looking at here.

Android 4.3 brings features such as Galaxy Gear support, KNOX functionality (though this seems to be missing from the AT&T version of the update), new TouchWiz features, improved camera firmware and features, and more, along with all the features of Android 4.3. The update will gradually trickle down to all uses in the next couple of days, though you can try your luck and check if it’s already available from the Settings » About phone » Software updates menu. It will also be downloadable via Kies, and in turn from our firmware section.

Update: Screenshots added, the build number for the update is I747UCUEMJB. 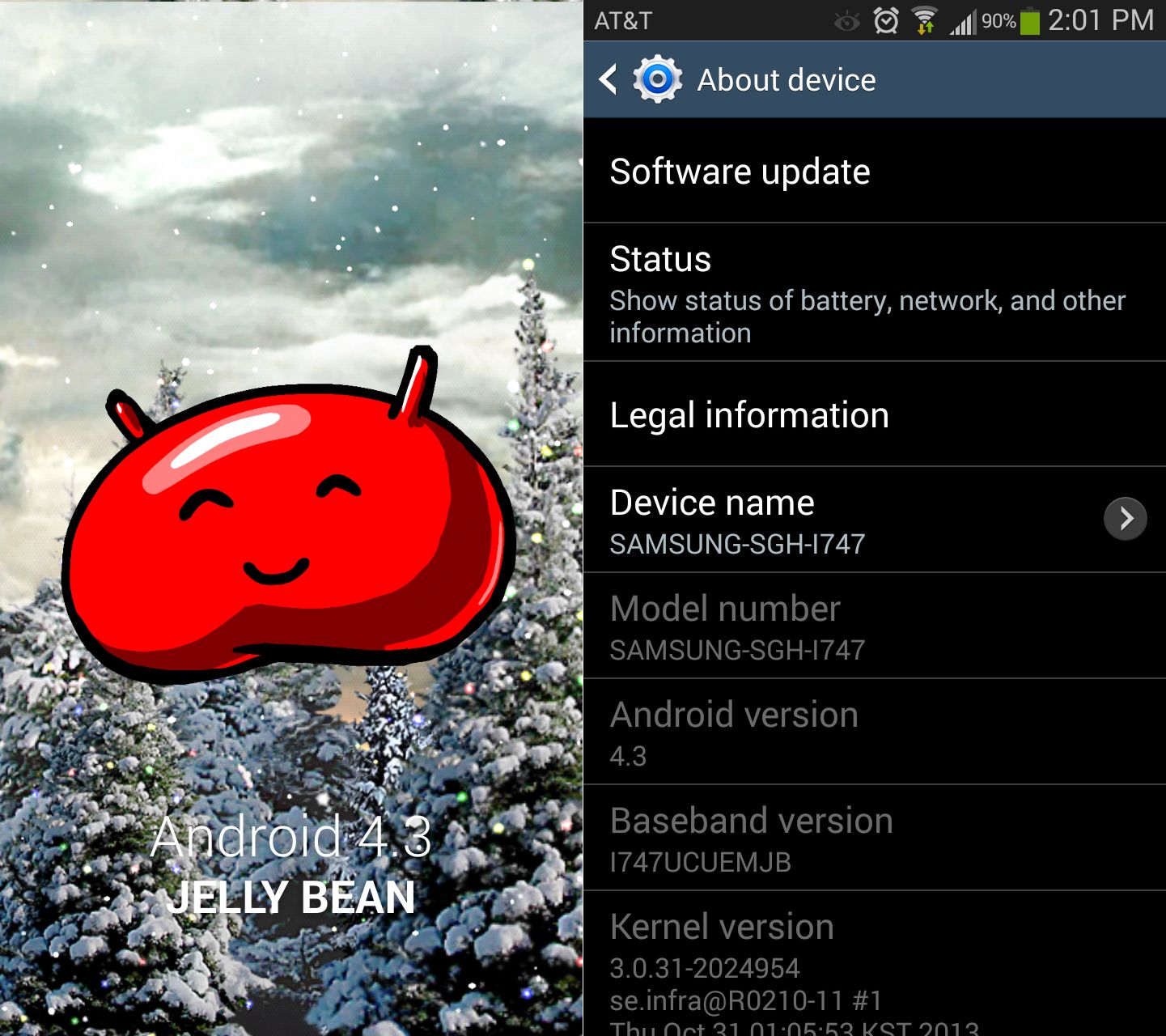 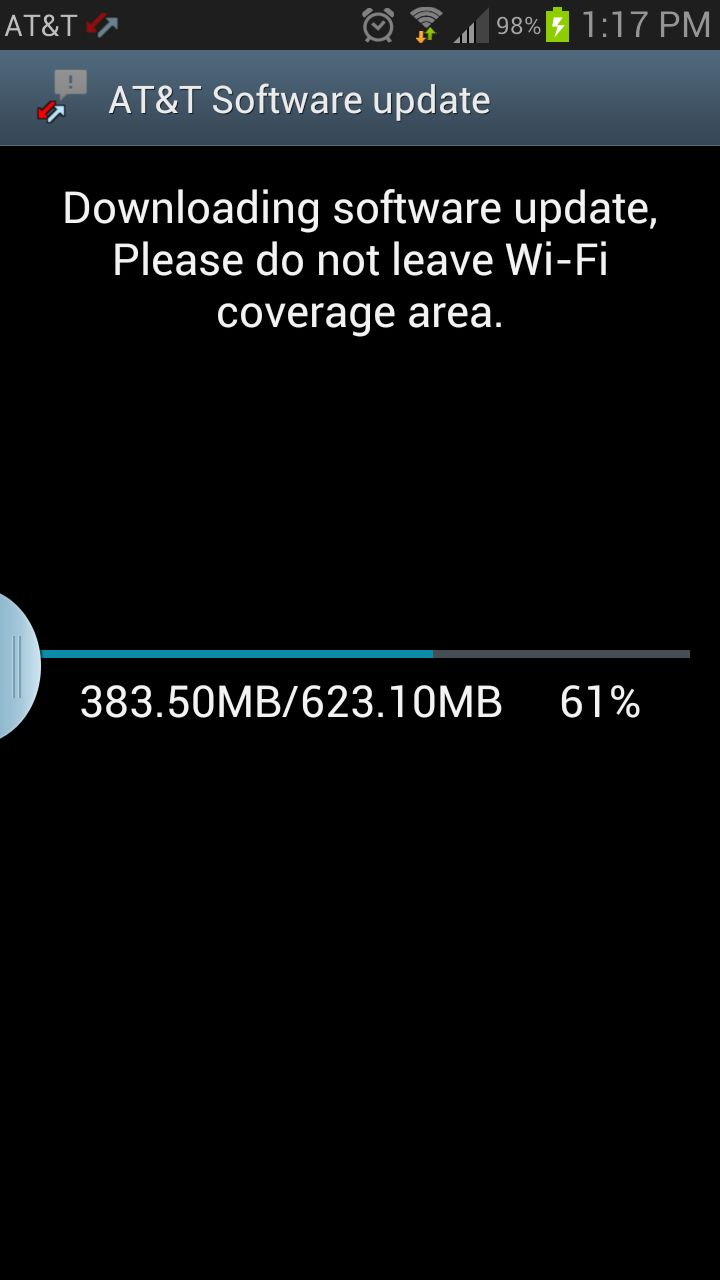