For the ten people out there that made the mistake of buying the ATIV S, Samsung’s only flagship Windows Phone 8 device, it’s time to update the device to the latest version of Microsoft’s mobile OS, GDR3. The update is rolling out to users and brings the OS version up to 8.0.10517.150 – given the usual gradual nature of these rollouts, it will be a while before the update reaches all users, but if you’ve been holding out for the GDR3 update all this time, know that your wait is almost at an end.

The GDR3 update brings features and changes such as a driving mode, option to close apps from the multitasking/recent apps screen, ability to use Wi-Fi to set up a new device, lock the orientation of the screen to landscape or portrait, custom ringtones for more items like IMs, personalized call/text ringtones based upon contacts, and Bluetooth internet sharing; GDR3 also adds support for 1080p displays and faster processors (specifically, the Snapdragon 800), though these are features that you won’t be getting unless you buy a new WP8 device (which, today, means buying a Nokia phone).

Have any of you received the update yet? 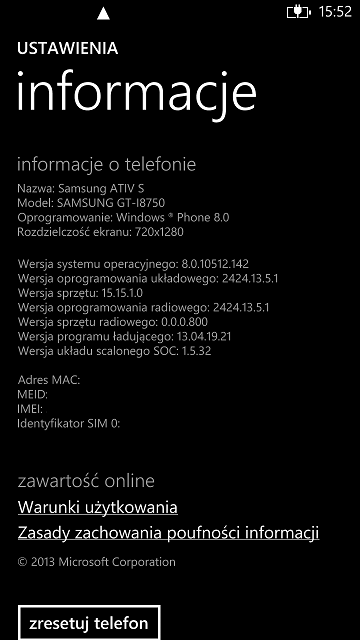