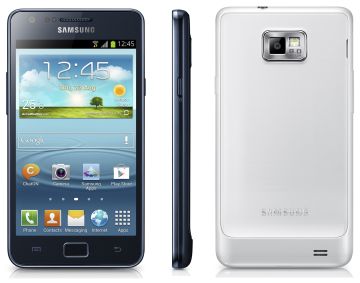 We had confirmed earlier on our Twitter account that the Galaxy S II and Note wouldn’t be getting any more updates after Android 4.1, and while Samsung hasn’t officially said anything, Telstra might just have confirmed the disappointing news for every Galaxy S II owner out there. According to a Telstra rep, “Samsung have confirmed that there are no more updates planned for the SGS2 4G.”

Yes, Telstra does mention the 4G variant of the device, but it’s most likely that the same applies to all the variants, something our insider confirmed as well. It’s not necessarily a bad thing, as the Galaxy S II (and original Note) did get two major updates and completed two years of support. We’d sure love to live in a world where manufacturers provide even longer support for their flagships, but for now, it’s time to accept the fact that the Galaxy S II – which is perhaps the best device Samsung ever made – is going to be stuck on Android 4.1 Jelly Bean forever.

10 years of Samsung Galaxy S flagships: Looking back at the Galaxy S II

Samsung ‘pausing’ shipments of the Galaxy Note 7 to some carriers

Samsung is yet to take any concrete steps to show that it has the situation under control while reports of replacement units exploding continue to pour in. A report out of Korea this morning claims that Samsung has temporarily suspended production of the Galaxy Note 7. Two of its biggest carrier partners in the United States […]

Australian carrier Telstra has announced that it is now selling the Galaxy Note 10.1 2014 Edition, Samsung’s most powerful tablet. The tablet is available online and in stores, and the outright price has been set at $768, though you can always get in on one of Telstra’s tablet plans, including a $35 plan that includes a […]

Samsung has begun rolling out the Android 4.2.2 update (XXDMJ1) for the Wi-Fi variant of the Galaxy Tab 2 10.1 in Germany. Apart from the usual changes and improvements that come as part and parcel of Android 4.2.2, including lockscreen widgets, Daydream screensaver mode, dedicated toggles page in the status bar, and more, the update includes stability […]

Samsung’s Galaxy J could be launching in markets outside Japan

Back in early October, Samsung announced the Galaxy J for Japanese carrier NTT DoCoMo, as something of a cross between the Galaxy S4 and Galaxy Note 3 – namely, the device was a Galaxy S4 but with a Snapdragon 800 processor, 3GB of RAM, and Android 4.3 Jelly Bean out of the box. Now, a […]

Want faster internet speeds than what your current 4G-enabled smartphone allows? Telstra might just be looking to take care of that for you, as according to AusDroid’s sources, the carrier will be launching a new variant of the Galaxy S4 that supports Cat4 4G, which will offer theoretical speeds of up to 150 mbps. This […]