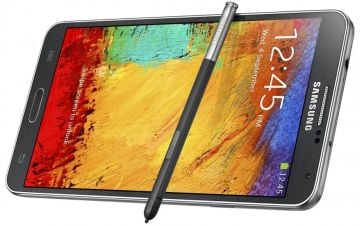 The Galaxy Note 3 might look like a great device on paper, but it was a disappointing revelation yesterday that Samsung’s latest phablet won’t work with SIM cards from operators outside the continent it was purchased in (for example, a Note 3 bought in Europe won’t work with SIM cards in the USA, or anywhere else for that matter). We’ve been wondering whether this is by hardware design or simply a software lock, and unfortunately, Samsung’s official statement doesn’t exactly clear things up.

UPDATE: While Samsung’s wordings aren’t very clear, it seems that the Galaxy Note 3 will actually be usable everywhere, but not before it is activated with a SIM from the region it was bought in. Once you activate it/use it with a local SIM, you’ll be able to visit other regions/travel abroad and use it with SIM cards from that particular region without issues. This is likely to reduce grey imports by retailers and those who want to make a quick buck by importing the device and selling it at higher prices, as the retailer would have to open the box to activate it before selling it, which would make it less attractive to a buyer. However, until Samsung makes an even clearer statement, you probably should refrain from importing even a Note 3 that has been activated in its home region.

Original story: Here’s the statement Samsung sent in to AllAboutSamsung.de:

Some current Samsung products are now provided with a local SIM card lock. This means that devices purchased in the European Union, with SIM cards of mobile operators from Germany and from the European Union and the European Economic Area (the “European region”) work as usual.

Users of these Samsung devices can continue to use these together with their SIM card of a mobile operator from the European region via roaming service to appropriate roaming charges to their wireless service provider around the world. If purchased in the European Union and not yet been put into use to be activated for the first time abroad, users can unlock their device for the region free from local Samsung service partners.

The regional SIM card lock only affects the following Samsung models that are produced from the end of July 2013, and provided with a corresponding sticker:

Devices that have been delivered by Samsung and are in camps or even at retail are not affected.

Specifically, there is a functionality of the devices with SIM cards of mobile operators from the following countries:

Now, let’s look at the statement closely. Here’s what it says: “If purchased in the European Union and not yet been put into use to be activated for the first time abroad, users can unlock their device for the region free from local Samsung service partners.” Now, that seems to suggest that if the handset is bought in Europe but has not yet been turned on or activated for use with a particular SIM card, we’ll be able to get it unlocked from a Samsung service partner.

However, what Samsung means by the word “abroad” is the confusing part – does that mean when someone travels to a country within Europe, or does it mean a nation in a non-European region? It’s quite the vague statement, so again, we’re no close to knowing whether we’ll really be able to buy the Galaxy Note 3 in Europe and then use it with a SIM card in, say, an Asian country.

Furthermore, Samsung mentions that all the Galaxy S II, S3, S4, S4 mini, and the Galaxy Note models produced at the end of July also have the regional SIM lock. Which brings us to the question: have any of you bought one of the aforementioned devices (off-contract and for full price) recently and tried to use it in another continent? Did it work, or did it need an unlock? Let us know in the comments, and pray Samsung comes out with a clearer explanation soon.