Samsung is reportedly in the final stages of development of its 64-bit Exynos processor, according to a report published by the Korean media. Samsung had officially stated that its future smartphones would use a 64-bit chipset, and according to the report, some of Samsung’s tablets will be powered by the new CPU as well. It will once again be an octa-core chipset, but this time with four high-performance Cortex-A57 cores and equal number of energy-efficient Cortex-A53 cores (and likely with true eight-core processing).

While Apple touts the iPhone 5s and iOS 7 as being the world’s first to support 64-bit processing, Android has, in fact, been ready for 64-bit processing since its inception, thanks to its Linux underpinnings (if you’ve been wondering why 64-bit functionality is being brought to mobile devices, you really should read up on AnandTech’s extremely detailed review of the iPhone 5s). Only the necessary hardware to make use of 64-bit has been missing, and Samsung is no doubt hoping to be the first to offer that hardware, most likely with the Galaxy S5. 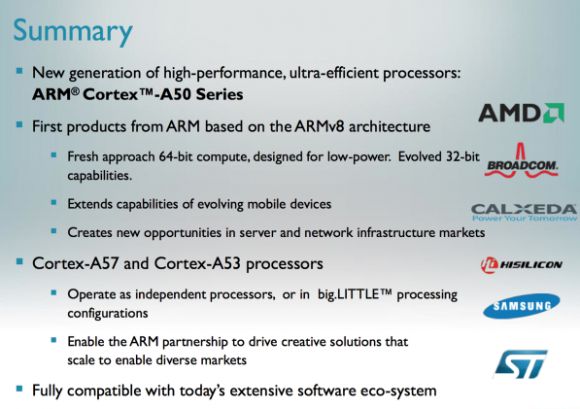 More news »
Samsung’s mobile profitability hinges on foldable bet: report Dominik B.|1 day
Will Apple be too late with its first foldable iPhone launch in 2023? Asif S.|2 days
Galaxy Tab S7 vs iPad Pro (2021): Time for Samsung to introspect? Asif S.|1 week
Is an iMessage clone really that big of an ask for Samsung? Dominik B.|2 weeks
SamMobile Weekly Giveaway
Best Picks More »
Best Samsung Phones in May 2021 – Picked by experts
5 days ago