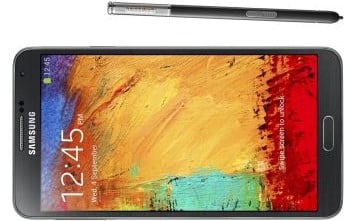 AT&T and T-Mobile officially announced the pricing for the Galaxy Note 3 today, but Verizon hasn’t said anything about it yet, despite being the first to talk about pre-orders on the device. However, a leaked internal doc received by AndroidSPIN has revealed Verizon’s pricing structure – $699.99 without a contract, and $299.99 if you commit to a 2-year relationship, similar to AT&T but $100 more than T-Mobile.

The doc also mentions a bundle for the Galaxy Gear and Note 3, putting the price at $599.98. Now, there’s no telling whether this bundle price is for on or off-contract purchase, though it will probably be the former, as off-contract that would be too good a deal to be true (not that we’d complain). 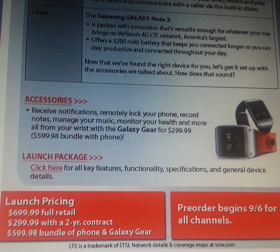 Pre-orders for Verizon’s Galaxy Note 3 will begin today, at 9 AM EST. Release dates aren’t available, but October 5th or sometime around that seems likely, judging by T-Mobile’s schedule.

Samsung’s moving quickly in expanding access to the Android 12 and One UI 4.0 update for Galaxy Note 20 …