Well, here’s round two of the day for Galaxy Note III related news – the upcoming phablet has now appeared on benchmark site GFX benchmark, confirming some specs like a 2.3GHz quad-core Snapdragon 800 processor with Adreno 330 GPU, 1920 x 1080 pixels display, and Android 4.3 Jelly Bean (though the test version is running on 4.2.2).

Codenamed hltelgt and with model number SM-N900L, this is the Korean variant of the Galaxy Note III, and will therefore support LTE-A network speeds (up to 150mbps). In benchmark comparisons, the Note III is a tad behind the Korean Galaxy S4 with the Snapdragon 800 processor (though it beats every other devices, including the Tegra 4-powered NVIDIA Shield and the Sony Xperia Z Ultra), but that should change once Samsung finalizes the software and also once the device is running Android 4.3, which brought performance improvements to the OS.

Other specs of the Galaxy Note III are rumored to include 3GB of RAM, 5.7-6″ Super AMOLED display (supposedly with a flexible display variant), a 13-megapixel camera possibly with optical image stabilization, and the customary S Pen stylus.

Exciting days ahead folks, this likely isn’t the last we’ll see of the Note III before its official announcement! 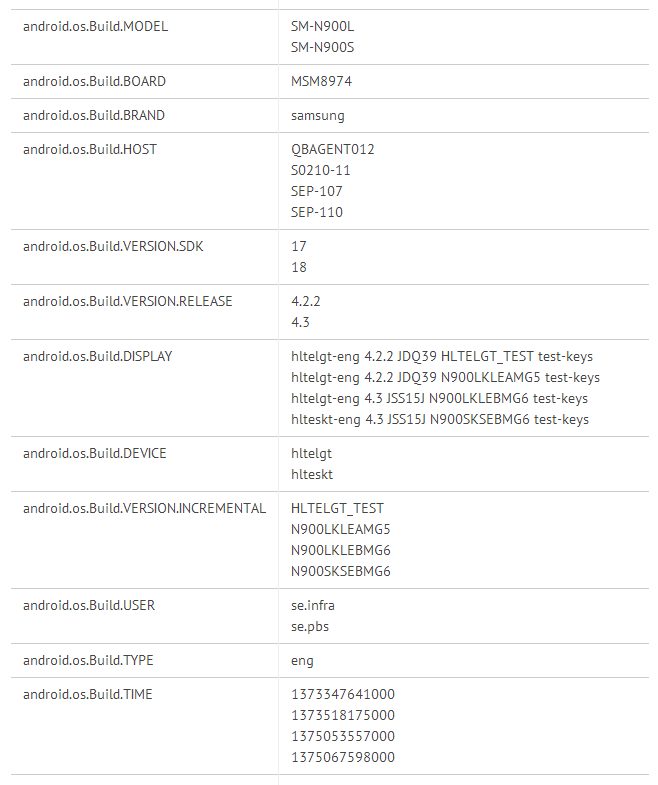