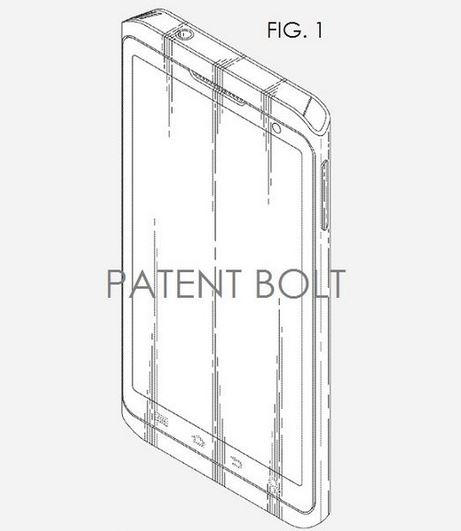 Ask anyone what’s the worst thing about Samsung today, and they’ll probably say it’s their same old nature-inspired design that they are putting on every single phone that they launch. But that could soon change, as design patents unearthed reveal the company could be working on a new design for their phones.

The images show a rather square-shaped design, but with slanted edges that veer sharply at an angle. It’s basically similar to the design companies like HTC and Sony use, and it is possible Samsung could move to better-feeling materials as well, though that’s something design patents do not describe, so we won’t know for certain about that for the time being.

These patents were applied for in 2011 in South Korea and in 2012 in the U.S., but there’s no telling when we’ll see the new design make its way to an actual device. Samsung has also patented new icons that look to be for their upcoming Tizen OS, so it’s entirely possible that only Tizen devices will use the new design, while the Android phones will continue their played out and (extremely boring for many) design.

What do you think? Could we see this new design on Android phone in the future, perhaps the Galaxy S5?