As might know Samsung announced the Galaxy S4 earlier this year. The Galaxy S4 was announced in a couple of versions GT-I9500 (Exynos variant) and the GT-I9505 (Snapdragon 600). Today leaked out through AllAboutSamsung, the first benchmarks of the Galaxy S4 LTE + the GT-I9506. This model uses a faster processor. According to the benchmarks, this model packs a Qualcomm Snapdragon 800 processor with LTE. Samsung brought the same model out in Korea under a different codename. Plenty of Korean people were mad at Samsung about this. Now since the benchmark were leaked today we can confirm this device for Europe! Bad news for all Galaxy S4 owners…  We now own old Galaxy S4 devices! 100% not customer friendly by Samsung! Our advice is to skip the Galaxy S4 or wait until the upgraded version is out! Oh and yes there is also an upgraded Exynos version coming up… But this sound more like old news to us as we know the big problem by Samsung’s current Exynos Octa-Core processor. Samsung Exynos will announce a new Octa-Core version next week. 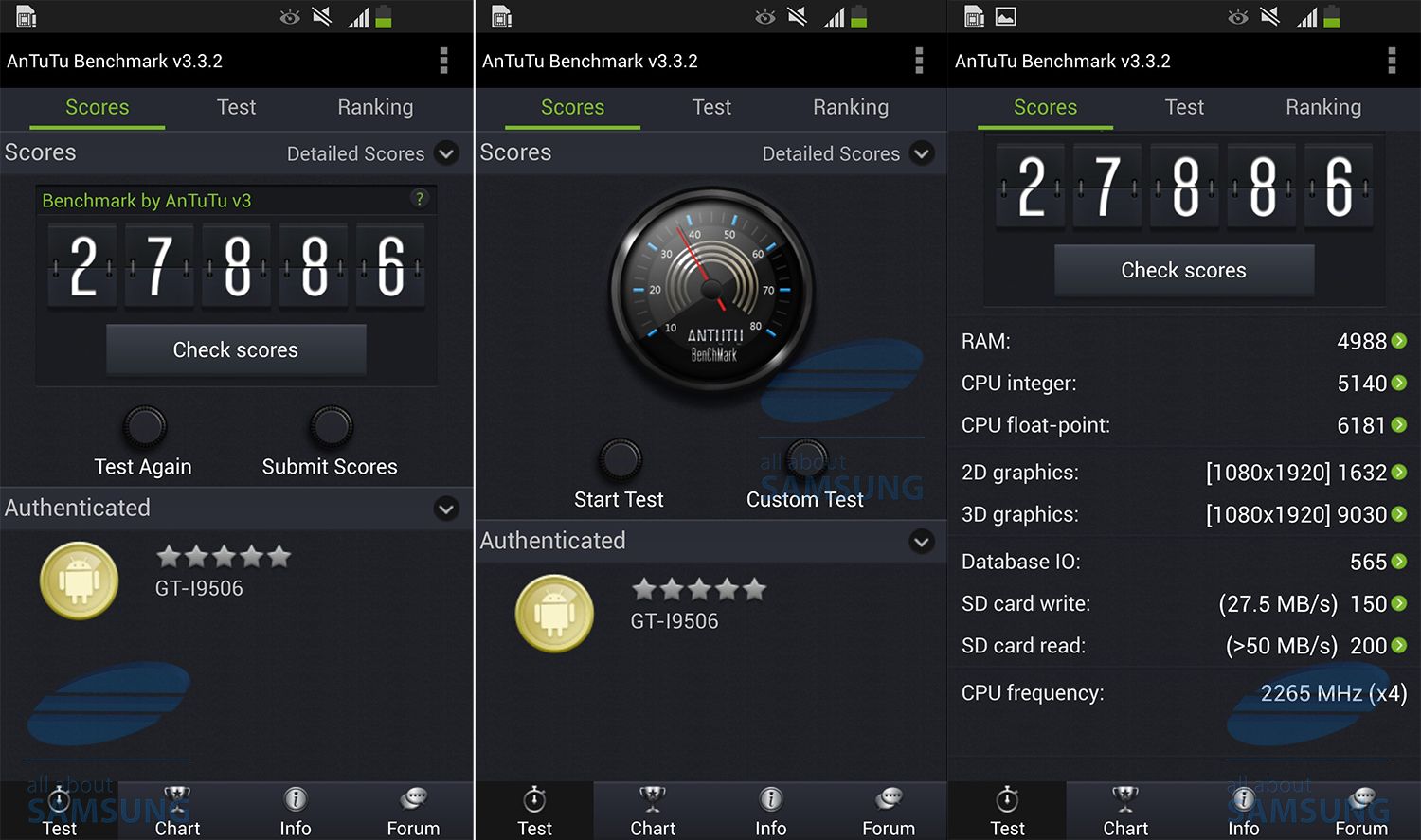 source and own research