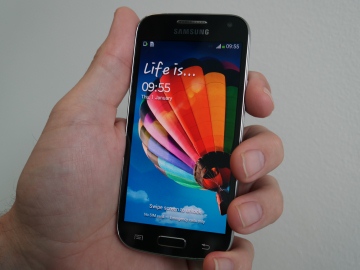 Design
As you might know of the Galaxy SIII mini the design does look like the Galaxy SIII. Also with this the device the Galaxy S4 mini looks the same as the Galaxy S4. Something boring but OK it has to look the same cause it is from the same family. Now we checked out the device ourselves and it actually feels great in the hand. Maybe it is because we as team use all smartphones with screen sizes of 5+ inches, something normal these days. But we still like and maybe prefer the display size of 4.3 inches like the Galaxy S II in the past!
Let’s do it fast cause the design of the Galaxy S4 mini is the same as the Galaxy S4. On the front the display, speaker, sensors and the traditional home-button with touch sensitive buttons on each side. On the right side of the device the lock button and at the left side the volume rockers. At the upper side we see the 3.5mm Head-jack,IR (Handy for Samsung’s own WatchON application) and a microphone, at the downside the micro USB connection and the other a microphone. At the back of the Galaxy S4 mini we can find the camera with the LED flash and the speaker on the bottom. All on all just the same design as the Galaxy S4 which can be confused but hey, we understand the word mini! 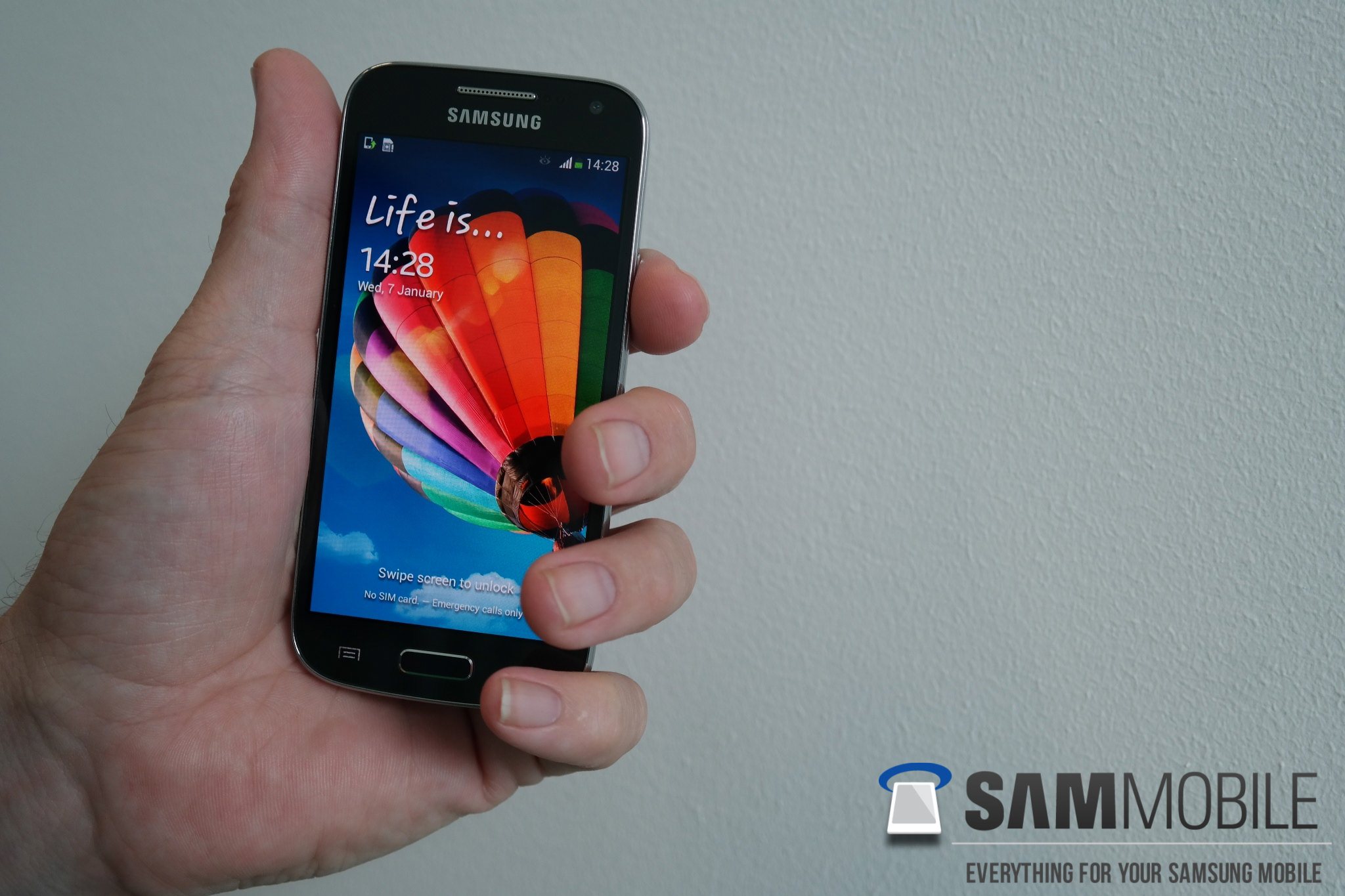 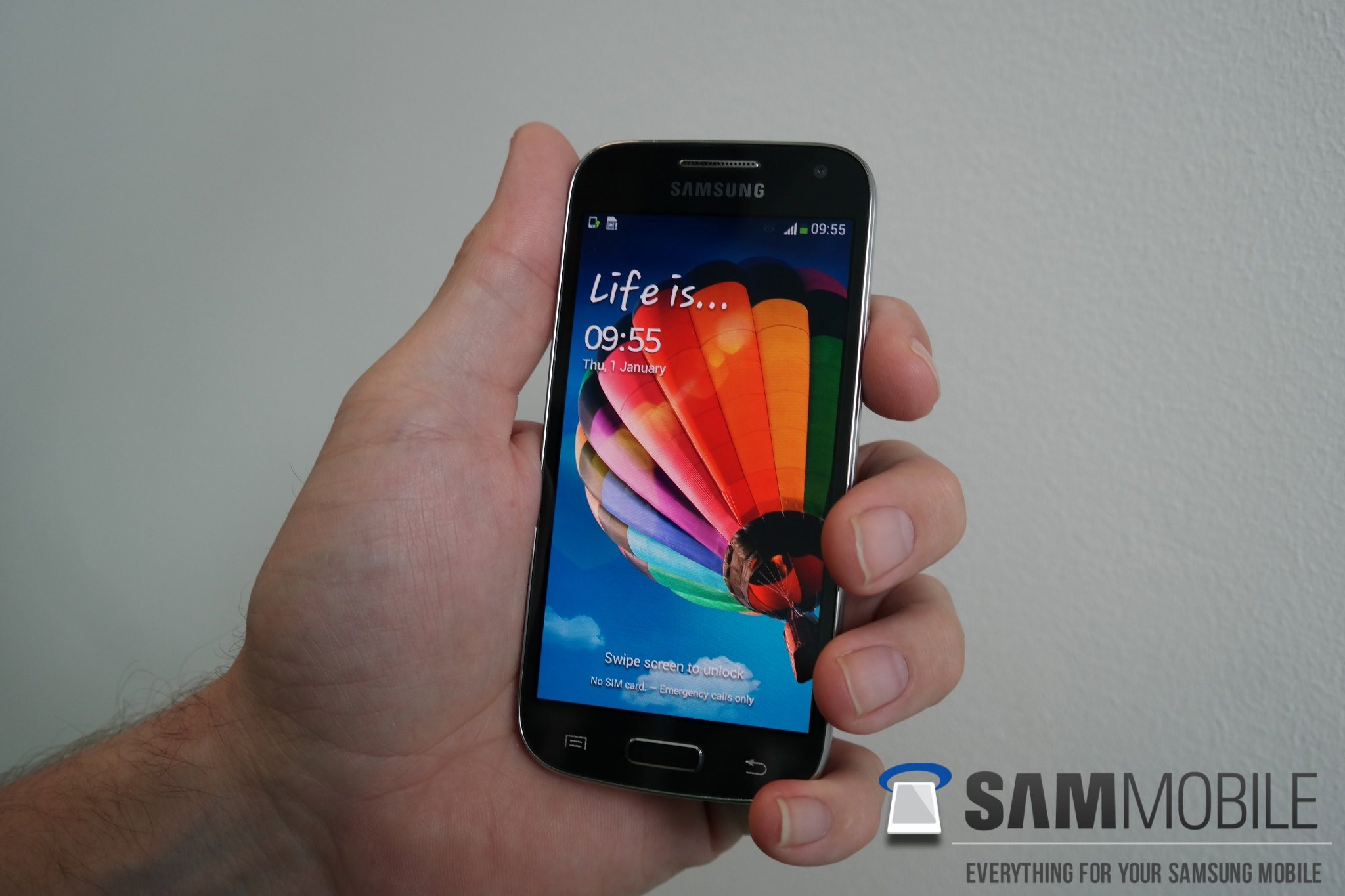 Multimedia
The Galaxy S4 mini is preloaded with two web browsers Google Chrome and Samsung own internet browser. We liked both browsers sometimes the browser of Samsung feels faster than the one from Google but we just used a pre-release Galaxy S4 mini, so maybe Samsung can fix this. What we did miss was the FM radio. According to Samsung people are listening to internet radio apps … So latterly Samsung want you to use internet! Applications as the mp3 player and gallery are looking the same as the one on the Galaxy S4. You could set your own view in the gallery. Spiral view, by date, by map, by name. It worked out very well but we already knew these features.

Display
The Galaxy S4 mini uses a display of 4.3 inch qHD AMOLED display. We liked the display very much maybe cause the colours weren’t that natural but still it feels like a big upgrade from the S3 mini. This could be due to the reason that the resolution is higher now. From 480 x 800 to 540 x 960. It looks to be a small step but for your eyes it actually looks awesome. We expect Samsung to use this as selling point the AMOLED display. AMOLED display colours are pretty nice. Black is off so real black, only the white balance of AMOLED displays are still a small problem. We can only hope Samsung will bring more OLED panels to their mobile phones. OLED is in our opinion the best mobile display technology. It is a expensive technology but very colourful. Samsung currently is the only brand who could develop OLED panels in high amount. Now to show off how the AMOLED panel of the Galaxy S4 mini looks like in, we added below some photos of different views of the Galaxy S4 mini. Remember in heavy sunlight AMOLED displays are not the best. 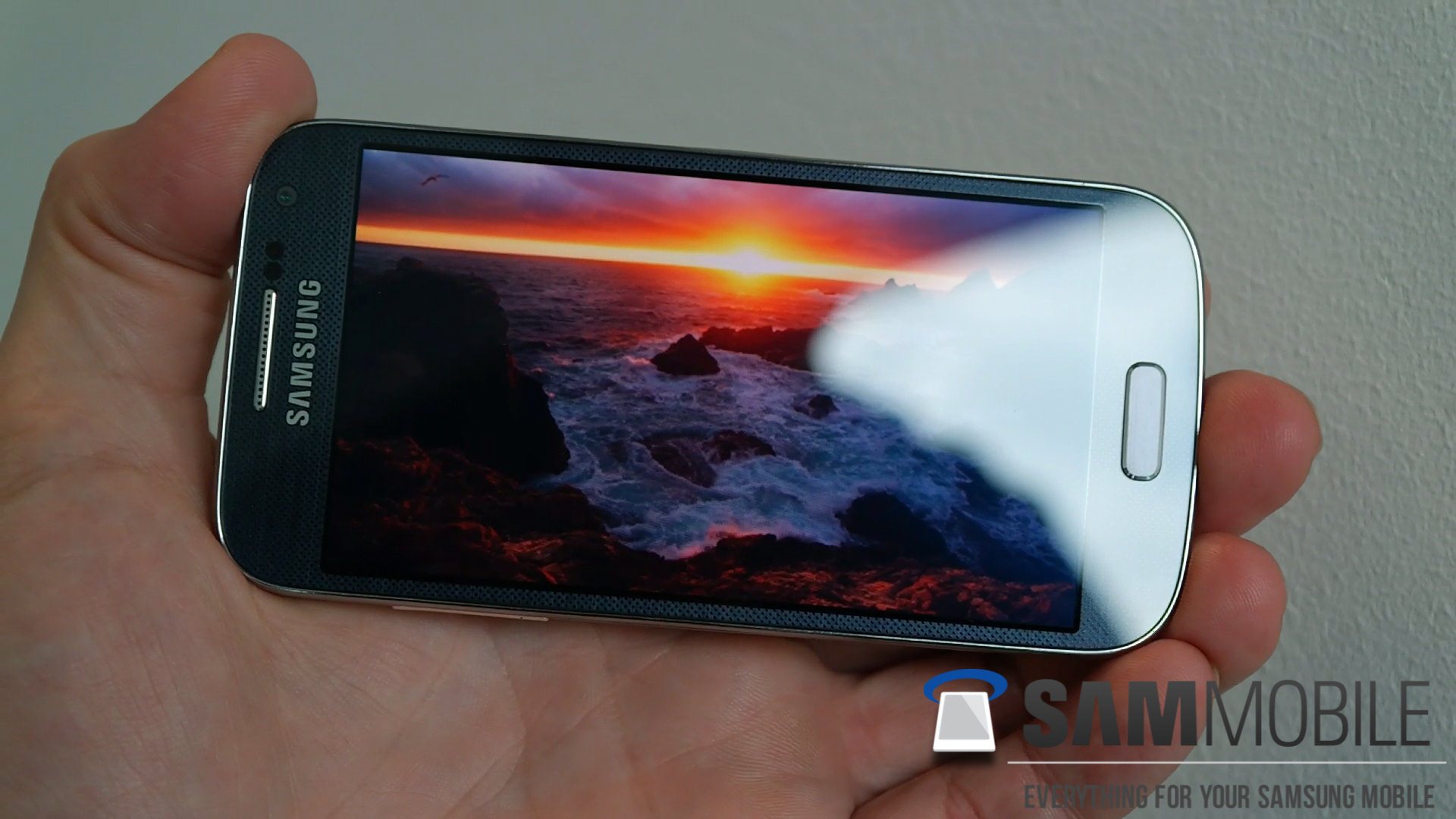 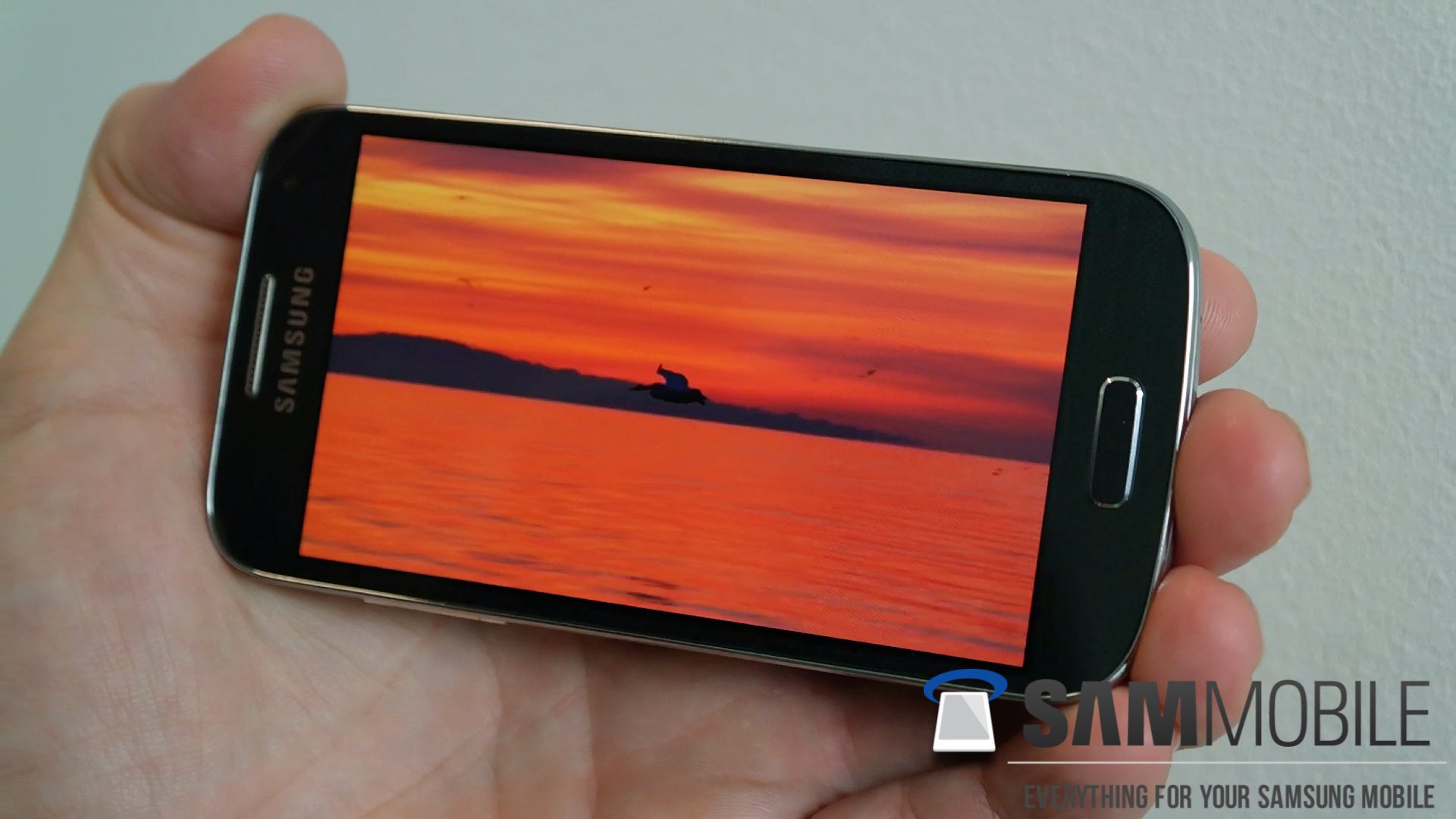 Battery
The battery of the S4 mini is 1,900mAh. Which is bigger than the Galaxy SII which use the same screen size. In our test period we the battery didn’t drain. It looked stable. We lost in our test period around 10 – 25 percent of battery. Reminder our firmware wasn’t final. We did not made any battery test, but in our opinion was the battery feels great.

All in all The Galaxy S4 mini is a good upgrade to the Galaxy SIII mini. Most of the Galaxy S4 features are on the Galaxy S4 mini. The price of the device is a bit to high in our opinion, but you will get a device which has a perfect size, good specifications, nice looking screen and a nice camera.