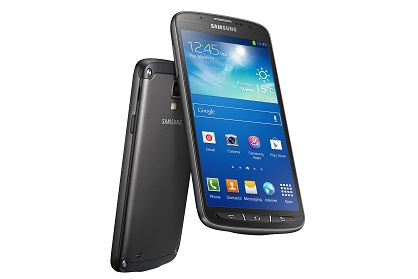 After many rumours and leaks, Samsung finally made the Dust and Water resistant Galaxy S4 Active official. However, In the press release Samsung didn’t mention any specific release date of the device itself. So, we started to contact our sources and finally got the answer, a well-known source of ours has confirmed that the Galaxy S4 Active will be released in the UK on July 1st.

The Galaxy S4 Active comes with Android 4.2.2 (Jelly Bean) and Samsung’s own TouchWiz Nature UX interface layer running on top of it.

Samsung will showcase the Galaxy S4 Active at the Samsung Premiere 2013 GALAXY & ATIV event in London on Thursday, June 20th. We of SamMobile will be Live at the event, providing you folks with the live coverage of the event and our hands-on experience with the newly announced devices.

AT&T has finally released the Android 5.0 Lollipop update for the Galaxy S4 Active. The carrier is rolling out the update over-the-air right now but it may take a couple of days for it to go live across all regions of the United States. It brings all of the features and improvements that come as […]

Soon after launching its 2013 flagship called the Galaxy S4, Samsung released a “rugged” variant of the same smartphone. It was called the Galaxy S4 Active only because of the fact that it is water and dust resistant, making it a good device to take up against the elements. It was never claimed that the […]

There’s a lot of stuff that happens in the mobile industry, something that is especially true when it comes to giants like Samsung. If you missed out on some (or all) of what happened in the last 24 hours or so, well, here’s a recap of all the big things that went down. The international […]

Samsung has started rolling out the Android 4.4.2 KitKat update to the international version of the Galaxy S4 Active, a month after it was rolled out to (and then pulled from) the AT&T variant in the US. The update, currently out in the Netherlands, will bump the software version up to I9295XXUCNE5 and bring features such […]

Earlier last week, we mentioned that AT&T was getting ready to roll out the Android 4.4 KitKat OTA update to the Galaxy S4 Active. However, the carrier has now halted the rollout and mentioned that it is working with Samsung to improve the OTA. It is likely that AT&T has discovered stability issues after the […]

Looks like this weekend is going to be an exciting one for owners of yet another Samsung device. The Galaxy Note 10.1 2014 Edition started receiving the KitKat update yesterday, and it turns out that so has the AT&T variant of the Galaxy S4 Active in the U.S.. AT&T has announced that KitKat is now […]